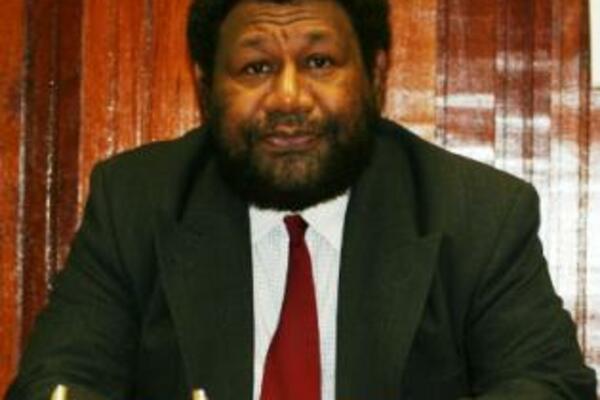 "Solomon Islands have a concern that we are not being listened to in terms of our suggestions on the scheduling of meetings and also what agenda should be on those meetings."
Source: commonwealth-of-nations.org
Share
Thursday, 01 April 2010 08:02 AM

Solomon Islands' Foreign Minister William Haomae says Australia is still not listening to Pacific Island countries when it comes to talks on PACER plus.

Mr Haomae is the lead negotiator representing the 13 Pacific Island nations that are involved in PACER Plus.

His comments come after the Pacific's Chief Trade Advisor (CTA), Chris Noonan, finally took up his post in Vanuatu this week, five months after his appointment was announced.

The chief trade advisor's role is crucial because of its role to give independent advice to Pacific nations as they face up their powerful neighbours Australia and New Zealand in negotiations for the proposed free trade agreement.

Mr Haomae says it is a positive step.

"It is a priority issue as decided by the leaders in Cairns and also the trade ministers meeting in Brisbane."

Earlier this year, Mr Haomae, wrote a stinging letter to the Secretary-General of the Pacific Islands Forum secretariat.

In the letter, he accused the secretariat, an organisation which represents Australia and New Zealand as well as the Island nations, of delaying the appointment of the Pacific's chief trade advisor and trying to undermine the independence of his office.

But the Solomon Islands Foreign Minister is not so happy about suggestions that the Chief Trade Advisors Office does not have the budget to travel to all the Island nations that need his advice.

And he says the Office's governing Board should meet as soon as possible to deal with the problem.

The region's trade officials are due to get together in mid-April for their next PACER plus talks and that will be followed at the end of the month by a full Trade Ministers Meeting.

Mr Haomae is one of a number of Pacific Trade Ministers concerned that Australia and New Zealand are pushing the pace of the talks too fast.

"Solomon Islands have a concern that we are not being listened to in terms of our suggestions on the scheduling of meetings and also what agenda should be on those meetings."

Before Pacific governments can begin negotiations on PACER Plus they need to hold national consultations with the private sector and community groups to find out what the benefits and dangers of the new trade agreement might be and what they need to do to get the best deal.

Solomon Islands is one of the bigger Pacific countries and it has not yet finalized the structure for its national consultations - once those consultation get under way it is likely to take 12 months to come up with a formal negotiating position.

But Mr Haomae has concerns about his country's ability to hold those consultations.

"We have capacity constraint problems. I have only five trade officers and if most of the them are out of the country, then I would have problems putting into place the structure for the PACER plus national consultations."