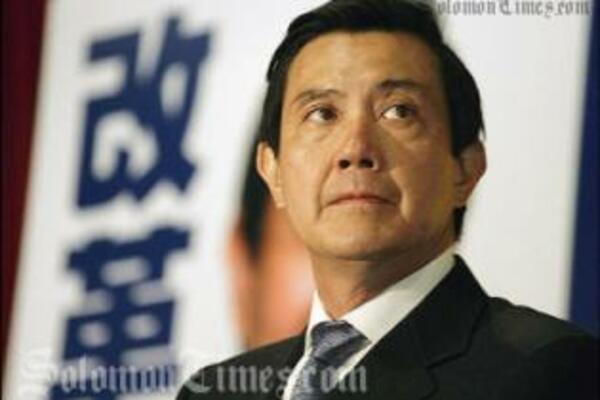 The Government and the people of Solomon Islands is preparing for President Ma's visit that will begin on Wednesday.

Solomon Islands Prime Minister, Dr Derek Sikua and other senior leaders will meet the President on arrival at Henderson International Airport at 2:00pm where a specially organized welcome ceremony will take place.

Later in the afternoon at 3:35pm, President Ma will pay a courtesy call to the Governor General, His Excellency, Sir Frank Kabui at Government House.

President Ma will also officiate along a host of local leaders including Prime Minister Sikua and Members of Parliament to witness a Naval Display by the visiting Taiwanese Navy Squadron at Lawson Tama Stadium at 4:25pm.

On Thursday 25 March, President Ma will visit Prime Minister Sikua where he will confer an Award to Dr. Sikua, to be followed by a Bilateral Meeting and the launching of a Taiwanese-funded Solar Power System at the Prime Minister's Office Building.

President Ma will also visit a number of Taiwanese establishments around Honiara during his two-day visit before departing early on Friday 26th March.