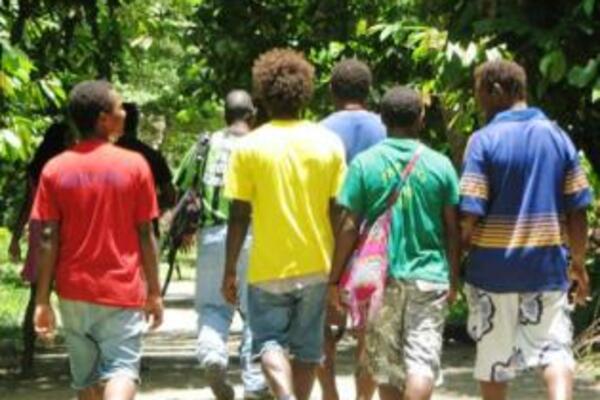 Mr Haununu said that the revision period will begin with officials posting a draft voters' list in public places across the country and he called on people to be active and check this draft list.
Source: STO Archives
Share
Thursday, 28 January 2010 08:56 AM

Chief Electoral Officer, Mr Polycarp Haununu, has called on all Solomon Islanders to play their part in making a voters' list that has integrity and avoids double registrations.

Mr Haununu said that while it was true that the Parliament was yet to consider reforms submitted to it by the electoral commission, the current laws gave every Solomon Islander the power to help rid the voters' list of corruption.

"Voter registration has a second step called the 'revision period'. This step gives the public the chance to identify false registrations on a draft list," Mr Haununu said.

"The revision period begins after the first 60 days of registering new voters and removing names off the old 2006 list - where that person has died or no longer lives in that place", Mr Haununu said.

"The revision period takes about one month. The aim is to check that names appearing on a draft voters' list are correct for that place."

Mr Haununu said that the revision period will begin with officials posting a draft voters' list in public places across the country and he called on people to be active and check this draft list.

"When we post this list, people who filled in a registration form this year or saw that their name was already on the old 2006 list, should check the draft list for their name," Mr Haununu.

"If a person has filled in a registration form but their name is not on the list, they can tell the registration official and complete an 'omission' form."

"Just as importantly, we are also calling on the good citizens of Solomon Islands, who demand a good voters' list on Election Day, to check the list and tell the registration official if they see a name where they know that person has died, no longer lives in that place, or is a false name in that area. This is called an 'objection'."

"These two steps, which happen at the same time during the revision period, tell the Registration Official, that we need to add or remove a name from the draft list to give it."

A Revising Officer for each constituency will then hold a public enquiry period to check the omission and objection claims to see which are true and which are false.

Only after this revision period would the final voters' list be published - in time for the national election.

Mr Haununu said that the Electoral Commission would continue to carry out awareness to inform people of this process and that registration officials have information papers and posters for people at the grassroots level.

"We call upon the general public for your support to assist the Electoral Commission and registration officials do our work properly, and to the best of our ability under the current electoral laws," Mr Haununu said.