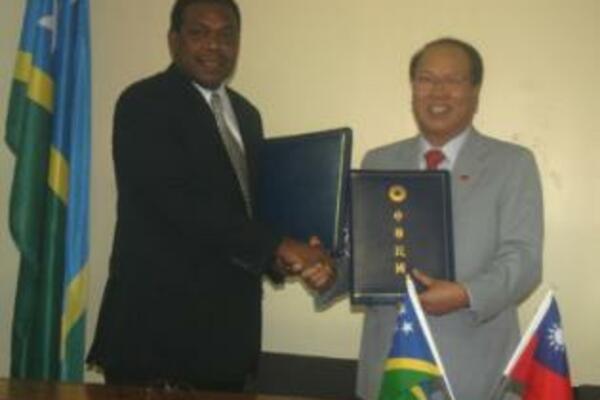 The Republic of China (Taiwan) has donated SB$27 million today for the construction of a new Office Complex for Members of Parliament.

Dr Sikua said he was pleased with Taiwan's continued support and commitment towards the project.

The project was among three major multi-million projects solely funded by the Taiwanese Government.

Dr Sikua hailed the assistance saying it reveals Taiwan's commitment to its relationship with Solomon Islands.

The office complex would house office facilities for all members of parliament, a conference room facility and a cafeteria.

Dr Sikua also acknowledged the housing committee for their tireless efforts in making sure the proposed plan fits in well with conditions of the project.

Ambassador George Chan said request for the project has been submitted by speaker of the national parliament with strong support by the Sogavare government followed by continued follow-up by the CNURA government.

Ambassador Chan thanks Prime Minister Sikua for his patience although the consultation takes nearly one and half year before the project was put in place.

"The completion of the project would be a centre of democracy for Solomon Islands," Mr Chan said.