Monks from Japan Donate a Million Dollars for Cultural Village 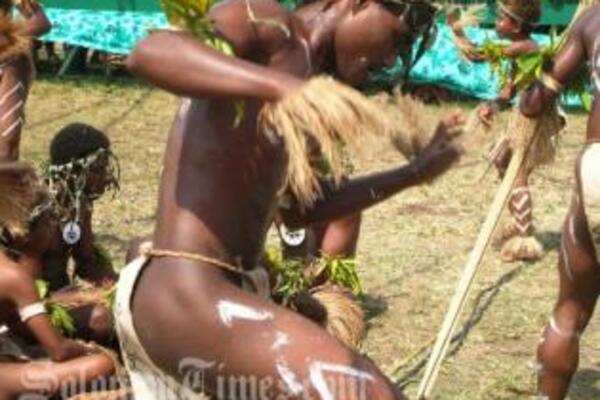 Renovations will soon be underway for the Arts and Cultural Village in Honiara.
Source: STO Archives
Share
Wednesday, 07 October 2009 10:35 AM

A group of Agon-shu monks from Japan have donated a million Solomon dollars towards renovating the Arts and Cultural Village in Honiara.

The 300 strong group was in Honiara today where they held a fire rite ceremony this morning.

Also called the Goma Fire Ceremony, the event was held at the Arts and Cultural Village at Point Cruz.

Special Emissary of Japan to Solomon Islands Yukio Sato confirms the donation saying the Cultural Village establishment is in dire need of renovation but Solomon Islands has never been able to afford it.

Mr Sato says the donation is a good sign showing the strong friendship between Solomon Islands and Japan. The visiting monks had also funded renovations done on the stage at Arts and Cultural Village.

Meanwhile, this morning's ceremony involved an esoteric fire in which the monks burnt wooden sticks bearing symbols representing Japanese soldiers who died in Guadalcanal during the Second World War.

The ceremony ended with a memorial prayer called Eko, an offering of blessings for those who sacrificed their lives and a prayer for their souls to rest in peace.

The monks are from the Agon-Shu, a popular Buddhist organisation in Japan founded by its current spiritual leader Seiyu Kiriyama.

The Japanese monks left Honiara to Port Moresby in Papua New Guinea to carry out the same Fire Rite Ceremony.

Another 300 monks from Japan are expected to join them while at the PNG capital.