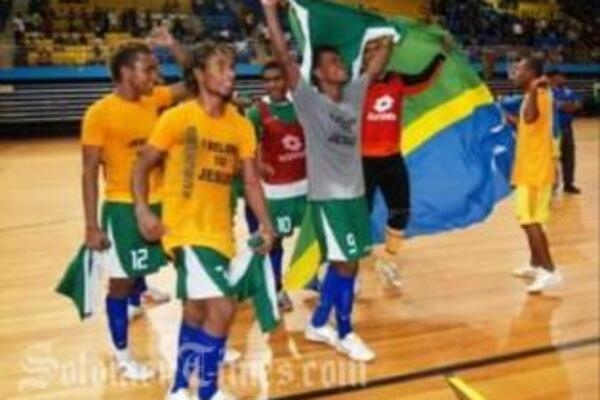 With only a couple of weeks of training left, Kadau, decided to make the list public so that the named players can make their final preparations.

Sammy Osifelo is the only player from the training squad who did not make it to the final selection. He was injured in one of their training sessions and cannot recover in time for the championship. Jack Wetney is in Fiji and is expected to join the team this week. For Matthias Saru and Alfred Poamoana, this will be the first time for them to compete on the world stage. Alfred has had prior international experience and this may come in handy for him in the championship.

According to Kadau, the tournament will greatly help the team's preparations for the Oceania Football Confederation (OFC) qualifiers for the 2012 FIFA Futsal World Cup.

"This will add to the experience of the players and the management, therefore, this is an important opportunity for us" Kadau said.

The tournament is from 5th - 11th October, 2009 and will be held in Tripoli the capital of Lybia. The Alfateh Continental Futsal World Cup was initiated by the Lybian Football Federation as a means for further developing the profile of the game throughout the world. Also taking part in the Alfateh Continental Futsal Cup are:
. Lybia
. Iran
. Spain
. Uruguay
. Guatemala

The team should leave for the tournament in the final week of this month. Bilikiki, the National Beach Soccer team, will also travel to the region later this year for the 2009 FIFA Beach Soccer World Cup in Dubai in the United Arab Emirates.