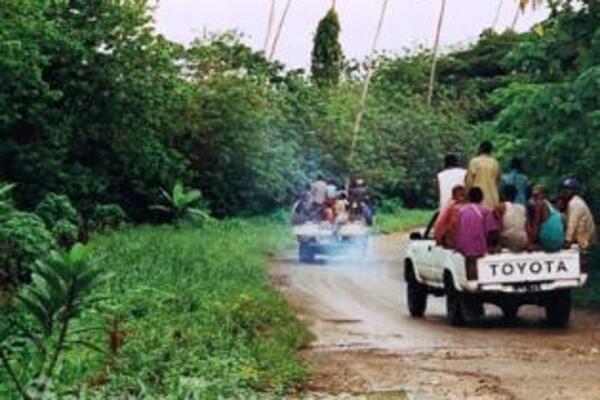 The Commission has been formed to probe how customary lands on Guadalcanal Province were acquired before the ethnic conflict of 1998 and 2000.
Source: STO Archives
Share
Friday, 28 August 2009 10:32 AM

A Commission of Inquiry has begun in Solomon Islands into Land Dealings and Abandoned Properties on Guadalcanal.

The Commission has been formed to look into how customary lands on Guadalcanal Province were acquired before the ethnic conflict of 1998 and 2000 and to identify the owners of abandoned properties.

The Commission's Chairman is Brian Brunton of Papua New Guinea, who also chaired the Inquiry into the Honiara April 2006 Riots.

The other two commissioners are Manoa Rabuka of Fiji and Stephen Tagi of Vanuatu.

The three men are in Honiara and the inquiry will be conducted at the former Solomon Mutual insurance Building over the next 12 months.

Already there are some concerns expressed at the work being carried out by the Commission. A prominent leader of Guadalcanal, Waeta Ben Tabusasi, has cautioned the government on how it is handling the inquiry into Land Dealings and Abandoned Properties on Guadalcanal.

Mr Tabusasi says the Terms of Reference, TOR, of the Commission of Inquiry does not show, "Government's seriousness and acceptance of the process as a venue for achieving sustainable peace and harmony."

He says the TOR falls short of taking into consideration the intentions of those who authored, negotiated and signed the Townsville Peace Agreement, TPA, namely the government and former combatants of both Malaita and Guadalcanal.

He says he would have thought that it would be more proper for some ground works to be done by the three parties. Mr Tabusasi says these ground works should "indicate more clearly what was in the minds of the parties when they negotiated and signed the Agreement."

Mr Tabusasi says it is irresponsible for Government to simply offload the burden without considering its implications and intentions as well as consequences.

He says the people want the findings of the Commission to be sincere, correct, and acceptable.

Mr Tabusasi says the inquiry's recommendations must enhance peace and harmony together with development in Solomon Islands.

He says the TOR should cover these areas which are not only important but very sensitive to all parties.