SIPEU Moves Ahead With Strike 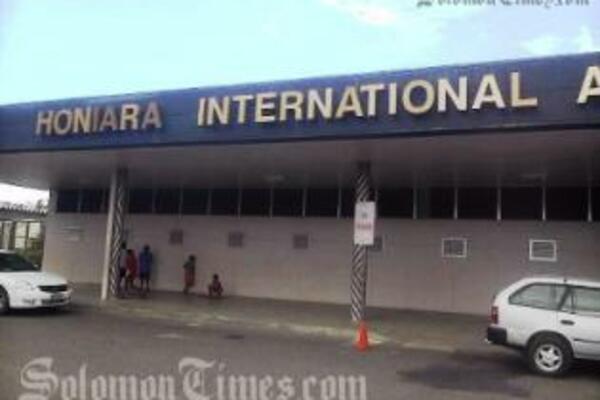 Flights will be affected with the Civil Aviation going on strike.
Source: STO Archives
Share
Monday, 24 August 2009 08:24 AM

Reports are emerging that the Civil Aviation has gone on strike despite claims by the government that the matter has been referred to the Trade Disputes Panel.

The office of the TDP has taken action to ensure that SIPEU is being officially notified about the referral of their log of claims to the panel by the Ministry of Public Service last Friday.

Unofficial reports state that the SIPEU has issued written letters to its essential service members that the planned strike action will go ahead as at 12am last night because SIPEU was not aware of the matter being referred to the TDP.

Mr Luza was adamant that the letter was served and no strike action should take place.

"Now that the matter has been referred to the TDP, the panel will ensure the dispute is listed as an urgent matter for hearing to help both parties resolve their disagreements."

Meanwhile, the TDP says SIPEU and its members are restricted to carry out any strike action. It says non compliance with this advice is a breach of law and may lead to prosecution.

SIBC News was not able to confirm with the executive of SIPEU if the planned strike has been called off.

SIPEU General Secretary Paul Belande told SIBC News on Friday that the government could not refer the matter to the TDP without making a counter offer to SIPEU on its log of claims.

Mr Belande said section 10 of the TDP, under which the strike notice has been referred, says if both parties agree to disagree or negotiations have reached a deadlock, then the matter should be referred to the TDP.

He said in this case there was no deadlock in negotiations and government had made no counter offer to SIPEU.

Mr Belande said there are two ways to deal with the matter when it is referred to the TDP.

He said one is by having both parties to return to the negotiating table and if there is a deadlock then section 4 of the TDP is used where a conciliator is appointed to conciliate between both parties.

Meanwhile, the Ministry of Public Service is asking all public officers to turn up to work today.

Permanent Secretary, Ishmael Avui says the matter between the government and the SIPEU has been referred to the Trade Dispute Panel, and public officers are expected to attend to work.

He says public officers failing to do so will be dealt with accordingly.