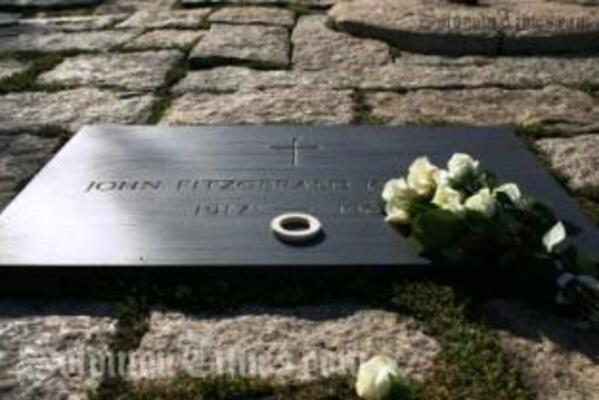 The "custom money'' from the Solomon Islands was laid on Kennedy's grave in a ceremony attended by members of the Kennedy family in November.
Source: boston.com
Share
Thursday, 06 August 2009 09:15 AM

Worlds apart yet united by fate, the Late John F. Kennedy and Solomon Islander Eroni Kumana shared a special friendship, one that was forged during the WWII Guadalcanal campaign in the Solomon Islands.

Kumana encountered Kennedy, then a 26 year old naval officer, and his crew 66 years ago when Kennedy's boat was rammed and sunk by a Japanese destroyer. Kennedy led his remaining 10 crew members in a weeklong fight for survival, swimming to a series of tiny deserted islands. Kumana and his fellow scout Biuku Gasa took a message from Kennedy written on a coconut husk to the nearest Allied base 35 miles away.

Eroni Kumana presented the bracelet-shaped "custom money'' to an American who visited him last year and asked if the item could be laid on Kennedy's grave. It was, in November, in a ceremony attended by members of the Kennedy family, and now it's part of the collection at the Boston museum.

Museum curator Stacey Bredhoff told the Boston Globe that the gift of the custom money shows the incident also had an effect on Kumana. One traditional use of custom money, which is carved from a fossilized giant clam shell, is to lay it on a chief's grave.

"You sense there is some really deep, profound human connection that he felt toward President Kennedy," Bredhoff said.

The Boston Globe wrote, quite fittingly, that "without Kumana and his fellow Allied scout, Biuku Gasa, who died in 2005, the future president might not have made it back from the war to make his mark on history."