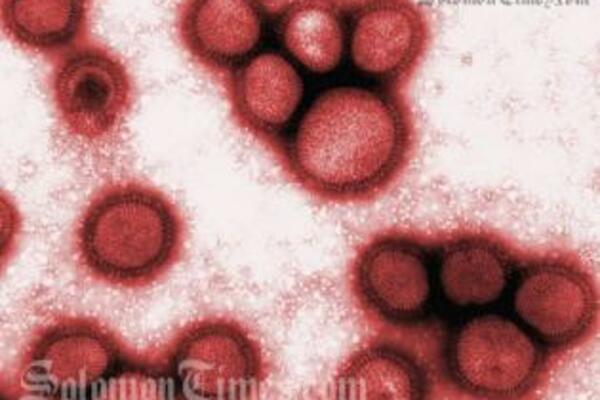 There are now three confirmed cases of the A H1N1 Swine Flu virus in the Solomon Islands. Health authorities are now on high alert and are urging the public to remain calm.

The Swine Flu Taskforce was alerted of the latest confirmed swine flu case on Sunday morning. The alert came from RAMSI's hospital, the Aspen Medical Centre at GBR, Henderson. It is understood that the officer was returning from Brisbane, Australia, when he became ill.

The Swine Flu Taskforce is now in the process of expanding its national surveillance programme into the provinces. Infection Control Officer, Alison Sio says this is part of the taskforce's "agenda to containing any potential outbreak of the swine flu."

Mrs. Sio says a team will be touring provinces to set up surveillance centres at provincial hospitals similar to the four centres in Honiara.

She says the team is also conducting trainings on procedures of medical isolation and quarantining at the health centres.

She says the taskforce has already visited Kilu'ufi Hospital in Malaita and arrangements are currently underway for visits to Gizo and Lata later.

The latest swine flu case is being quarantined at RAMSI's Aspen Medical Centre.

The A H1N1 flu virus is said to be one of the descendants of the strain that caused the 1918 flu pandemic. It is estimated that anywhere from 50 to 100 million people were killed worldwide.