Veterans to be Finally Compensated for Nuclear Tests 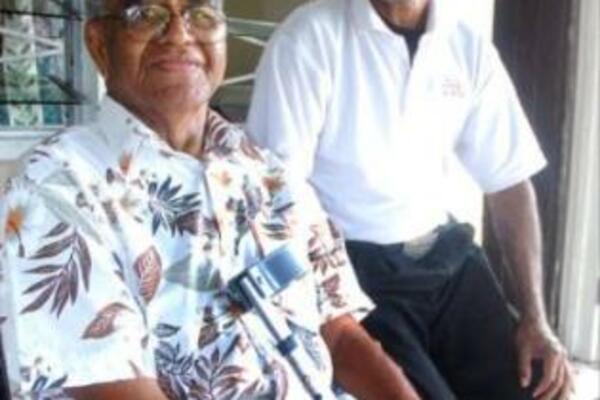 Veterans who were part of the British nuclear testing carried out on Christmas Island between 1952 and 1958 will be compensated after a British court decision ruled that they were due compensation for ill effects they suffered.

According to reports by Fiji Times Online, the judgement was made at the London Royal Court of Justice on Friday (Fiji time) whereby Justice David Foskett 'rejected arguments by the Ministry of Defence that the claims should be thrown out because they were outside the three-year time limit'.

Fijians, Australians and New Zealand servicemen were among the veterans who were part of the nuclear testings carried out by the British on Christmas Island, a territory of Australia.

According to one of the reports by Fiji Times Online, president of the Fiji Nuclear Test Association, Jone Tabaiwalu, said, "It's been a long struggle and many have gone. This is the first time for Fiji and the world where we can sue a government for the ill effects of such tests."

One Fijian surviving veteran, Paul Aphoy, said to Fiji Times Online that he was among the 28,000 personnel from four Commonwealth countries sent to Christmas Island and the Monte Bello islands, northwest Australia, in 1956 and a year later was among those on Christmas Island who witnessed seven nuclear blasts.

"We were told to look West when they dropped the nuclear bomb about 10 to 12 miles behind us at sea," the 73-year-old veteran recalled yesterday.

"It was a terrible feeling. We started to wriggle in our shirts, it was so hot. Even with our eyes shut and our hands over our face, we could see the bones in our hands through the bright light from the explosion.

"Later, we were told to drop our hands and turn around slowly.

"We just saw this huge mushroom in the sky."

According to the report, Mr. Aphoy is among the 60 survivors of the 289 Fiji men who were sent to monitor the tests and eight years after the test, he had the first of 59 operations for lumps that started to grow on his body from that day.

He lost his daughter, who was conceived after his return, at the age of three and blames the ill effects of radiation for her death.

He 'thanked God that a British court had allowed them to pursue compensation against the British Government'.

Another surviving veteran, Tumateu Moceica, 73, 'said it gave him great satisfaction to know that their fight for compensation was making a headway while he was still alive'.

According to the report, Association president, Mr. Tabaiwalu, 80, who travelled to Christmas Island after the tests, said he had never seen such desolation.

"It was declared a danger zone and we were not allowed to cross through.

"The nuclear bomb blew up thousands on miles in the air and it affected the land. Nothing grew," he added.

"It's been long because the law in England allows us to claims three years after the tests but it's almost 50 years now."

At the limitation trial in London, the court heard the British Government and military with-held details of the dangers of atomic testing in the Pacific, not only from the servicemen who took part but also the Australian Government of the day, according a report in the Independent.

The men were promised "the greatest show on earth" but instead were exposed to radiation that years later would kill many from a series of illnesses.

Mr. Aphoy stated in the report that Fijians who were part of nuclear testing on Christmas Island were misled into believing that they were on a secret training exercise.

Mr Aphoy said when they arrived on the island they were told that they were going to test some weapons. "We thought it was just conventional weapons. Little did we know that radioactive material was being used," he said.

"Why we think we were used as guinea pigs is because none of the navy officers travelled with us to Christmas Island. I think they knew about it."