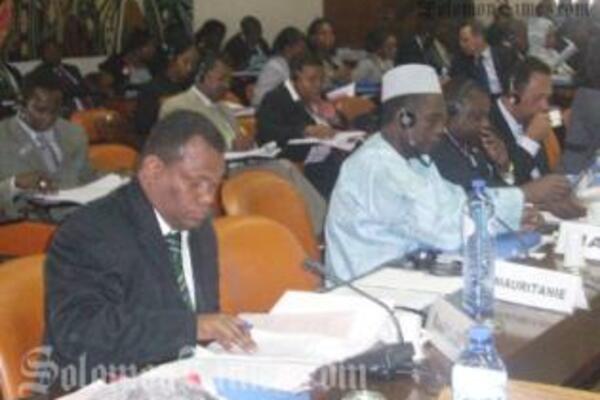 Minister of Planning Hon. Steve Abana has underscored the importance of climate change and its impact on Pacific ACP States, especially Solomon Islands.

Speaking at the 89th Session of the African, Caribbean and Pacific (ACP) Council, he called for the inclusion of a separate provision on the issue in the second five-yearly Cotonou Review, which will be launched in Brussels later this week.

Mr Abana said climate change and its impact is of critical importance to Solomon Islands and the Pacific.

"As we speak of adaptation and ways to mitigate its impacts, already some of our countries are experiencing it. Some outlying islands in my country already face food security problems caused by rising sea levels," Mr Abana said.

He stated that some of the lower lying atolls have submerged.

Meanwhile, on the Economic Partnership Agreement negotiation process, Mr Abana said: "We need to allow for any fallbacks."

Mr Abana's call for the fall-back is based on the Cotonou Agreement, which states that new trade regimes must not make any ACP country worse off.

Mr Abana is currently in Brussels attending the meeting, which is chaired by the Minister of Foreign Affairs, William Haomae, who currently is the ACP President.