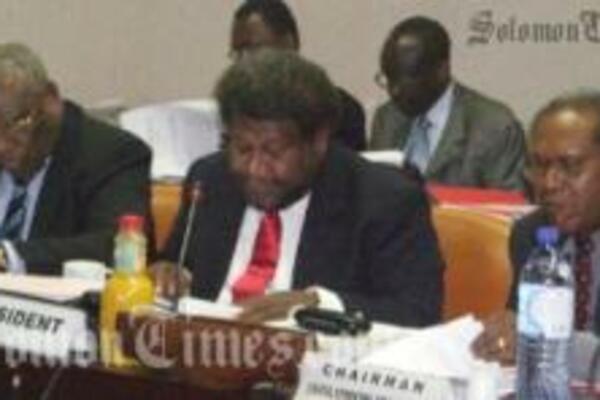 The 89th Session ACP Council of Ministers opened today with the second five-yearly revision of the Cotonou Agreement with the European Union, the Economic Partnership Agreement (EPAs), and threats of the financial crisis to ACP member states, among the major issues to be discussed.

The African, Caribbean and Pacific (ACP) Ministers are also expected to discuss trade issues, pertaining to their trade with the EU.

The President of ACP Council and Minister of Foreign Affairs and External Trade of Solomon Islands, Hon William Haomae, in opening the meeting, highlighted the challenges that the ACP Group faces and urged his colleagues to work towards finding appropriate solutions.

He pointed-out the constant and relentless struggle to finalize the EPAs processes so that they become tools for development and assist in poverty reduction. Of the six ACP regions, only the Caribbean had initialed a full EPA.

The President of the Council also called for the improvement to the mechanism and modalities for political dialogue, as some of the challenges that the Council will have to address.

Similarly, Mr Haomae said the meeting would not ignore the financial crisis that has hit hard on the developing countries and pose serious threats to their hard-won gains in boosting economic growth and achieving progress towards the UN MDGs.

"We, more than the industrialized nations, are in need of urgent and unprecedented and effective help to cope with the effects of this crisis," Mr Haomae said.

Welcoming the outcome of the G20's Summit in London last month, Mr Haomae called on the ACP to seize the opportunity during this Council to request an urgent and unprecedented level of support from donors to counter the recession to protect the poor and vulnerable from the impact of the crisis.

On the Cotonou Agreement, the President said that, the intent to make the agreement relevant to ACP objectives is highly prioritized.

The ACP-EU sides have begun preliminary discussions at the technical level. Mr Haomae, with his EU counterpart, will jointly launch the 2nd five-yearly revision of Cotonou Agreement later this week.

Proceeding to the Council, ministerial groups held meetings on Monday concluding with the Ministerial Committee on Development Finances today.