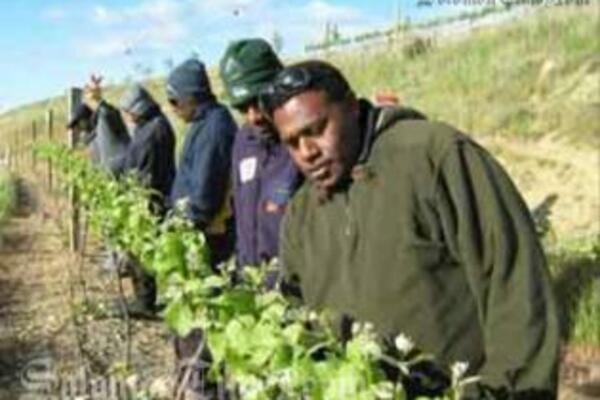 Australia and New Zealand have indicated that they will consider allowing the Pacific greater access to their labour markets.
Source: STO Archives
Share
Monday, 25 May 2009 10:43 AM

"The office of the Chief Trade Advisor (OCTA) will be extremely important to us, not just during negotiations, but in helping us to get ready for PACER Plus," Director of Trade Heinz Vaekesa said after returning from a recent trip to Vanuatu.

Representatives of the Solomon Islands Government (SIG) met with officials from Australia, New Zealand, and other Pacific island countries in Port Vila last week to discuss a possible free trade agreement between the countries, known as 'PACER Plus'.

"A free-trade agreement with Australia and New Zealand could bring real benefits," said Heinz Vaekesa. "For instance, Australia and New Zealand have indicated that they will consider allowing the Pacific greater access to their labour markets. This could mean better-paid jobs for Solomon Islanders, as we have seen under the RSE scheme. Under the RSE scheme, hundreds of Solomon Islanders travel to New Zealand each year to work on farms and in orchards for up to seven months."

"If PACER Plus is going to be successful, we need to involve a wide range of people and organizations from the outset, so that the agreement - if we sign one - reflects the needs and views of the country. We want to start with detailed consultations here in Honiara, but we'll need support from an OCTA to do that," said Mr Vaekesa.

Australia has stated that it would like to launch negotiations as early as August this year. Pacific island countries have proposed that national consultations be held in each country before negotiations start.

However, given capacity constraints in most Pacific island countries, such consultations would need support from a regional organization. Australia and New Zealand have offered limited funding, but have demanded that the OCTA office not receive further funding from any other donors.

The OCTA was designed to meet this need, but Australia and New Zealand have refused to fund the full office, so that there would not be enough staff to support national consultations - only to give advice during later negotiations.

However, the two sides remain divided on several crucial details, including the design and funding of an organization to support and advise the Pacific island countries during the negotiations.