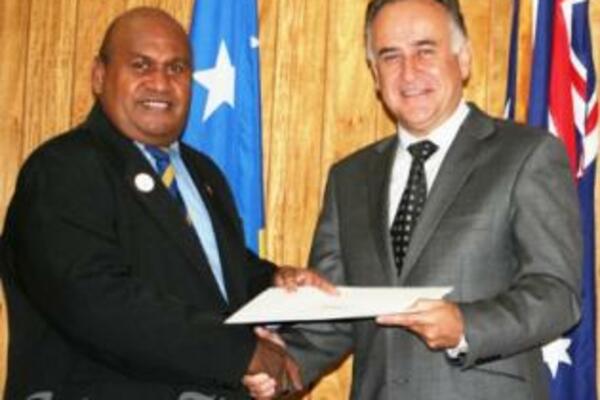 At his introductory meetings Mr Ingruber said he was pleased with the strong bilateral relationship Australia has with Solomon Islands and keen to contribute to expanding and further strengthening that important partnership. "Working closely together, both bilaterally and through RAMSI, we can achieve much to benefit the people of Solomon Islands."

Mr Ingruber also thanked Sir Nathaniel Waena for the generous response of the Government and people of Solomon Islands to the recent tragic bushfires in Victoria. "Given that Solomon Islands was dealing with devastating floods at the time, that support and sympathy was very much appreciated. For its part, Australia was pleased to support Solomon Islands, through the Solomon Islands Red Cross and the National Disaster Management Office, to respond to the Guadalcanal floods. Those examples underlined, once again, the warm friendship existing between the two countries".