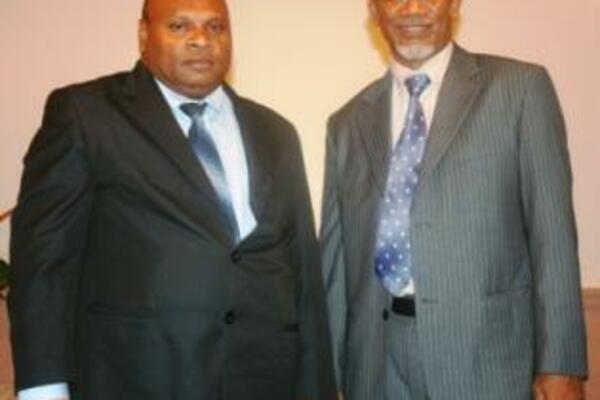 A new Auditor General and a new Permanent Secretary for the Ministry of Forestry were sworn in before the Governor General Sir Nathaniel Waena at Government House this morning.

Mr Ronia was former senior employee of the Central Bank of Solomon Islands.

The new Permanent Secretary for the Ministry of Forestry, Gordon Koniaramo replaces Edward Kingmele, who was recently transferred to the Ministry of Agriculture and Livestock.

Prior to his appointment, Mr Konairamo was a long-time senior official in the Ministry of Forestry.

Senior officials from the Ministry of Forestry and the Auditor General's Office
witnessed the swearing in ceremony.