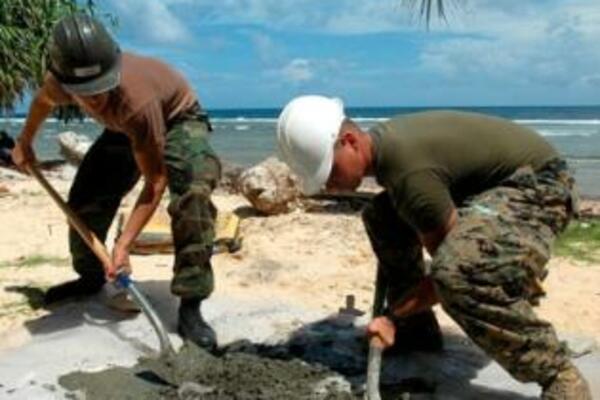 The Pacific Partnership mission will take place this summer, although not aboard USS Dubuque (LPD 8) because of concerns the H1N1 virus could be spread.

About 50 Sailors aboard the San Diego-based amphibious transport dock ship reported flu-like symptoms, and as of May 5, the Centers for Disease Control and Prevention had confirmed one of the cases as H1N1.

It is likely Dubuque's crew would be well by the time it reached its first mission port in mid-June because the crew would essentially be quarantined as the ship sailed from San Diego across the Pacific, allowing the virus to run its course. However, due to an abundance of caution, Pacific Fleet Commander Adm. Robert F. Willard elected to cancel Dubuque's participation.

"We are certain we will contain this virus, and the ship will not pose a threat, however, we do not want to cause concern of the spread of this virus in such remote areas of the South Pacific," Willard said.

"Naval forces are inherently flexible, and the U.S. Navy is exploring options to meet the operational commitments it has made to partner nations," Willard said. "We do not know to what extent participation by non-governmental organizations and partner nations will be affected by canceling Dubuque's deployment, but we will make every effort to include them in the planning process."

Options for completing the mission include flying people via military or commercial air and using available Navy ships. Although the number of people participating in the four-month mission will change, the Navy will tailor the teams to the specific capabilities for each country.

As a result, team size will vary from country to country, and the Navy cannot estimate the number who will travel by military air or civilian air at this time.