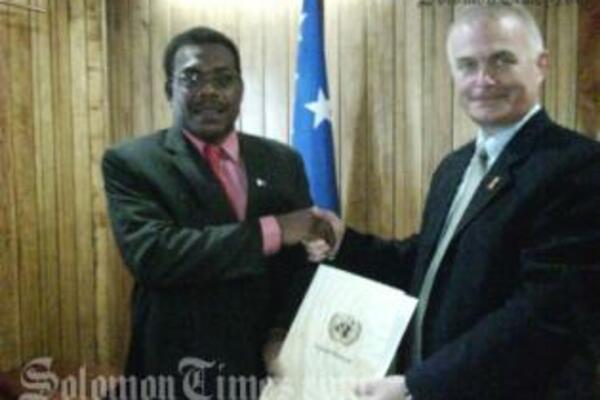 Mr. Ostby will represent the UN and UNDP in 10 countries, including Solomon Islands.
Source: Photo Supplied
Share
Monday, 04 May 2009 09:07 AM

Mr. Ostby will represent the UN and UNDP in 10 countries, including Solomon Islands. The UN Resident Coordinator is the highest-ranking UN official in the Pacific, and is based in Suva.

"We are delighted to welcome Mr. Ostby to Solomon Islands so soon after taking up his position in Fiji," said Prime Minister Sikua. "The Government of Solomon Islands has always enjoyed good relations with the United Nations, and we hope to further strengthen our relationship in the coming years."