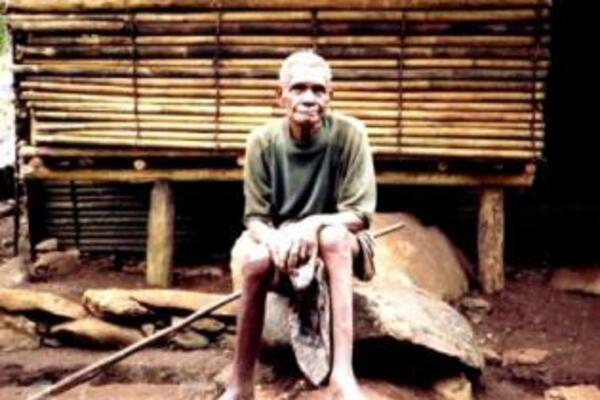 A village headman in East Kwaio, many in his generation still remember the 1927 massacre, a painful aspect of their history.
Source: picasaweb.google.com
Share
Wednesday, 22 April 2009 08:32 AM

Eleven East Kwaio Chiefs from Malaita Province have arrived in Honiara for talks with the government on issues relating to the massacre in 1927.

The massacre was retaliation by the British Government following the killing of Administrator William Bell in East Kwaio.

Chairman of the East Kwaio Committee coordinating the talks in Honiara, Nelson Isika says the Chiefs, led by Paramount Chief Ubuni Folofou, arrived in the capital on Saturday.

Mr Isika says following their arrival a Honiara Committee met with the chiefs and appointed a 12 member committee to help the Chiefs identify issues for discussion with the national government.

He says the committee and the Chiefs today reviewed what has been identified so far following two consultations with a special task force appointed by the government to look into the killing in East Kwaio.

"Otherwise we will formulate a new package because the Chiefs would like money but for other thing we would help them put together. So our committee which has been set up and consisting of technical people including accountants, lawyers, doctors, church leaders and others," said Mr Isika.

"The effect of the incident is still with the people. We will try to formulate appropriate developments which will reconcile the situation so that people can live peacefully again."

The massacre in 1927 inflicted a large number of deaths on the island of Malaita. William R. Bell, the District Officer of Malaita in the British Solomon Islands Protectorate, and many of his deputies were killed by Basiana and other Kwaio warriors as part of a plan to resist the head tax imposed by the colonial authorities and what was perceived as an assault on the traditional values.

A retributive raid was organized by the then British Government that ultimately resulted in the death of about 60 Kwaio villagers, in addition to nearly 200 incarcerated and a systematic destruction and desecration of important Kwaio ancestral shrines and ritual objects. The event was of extreme significance for the Kwaio people, and has greatly affected their way of life.