29,000 Hectares of Coconut Plantations Under Threat 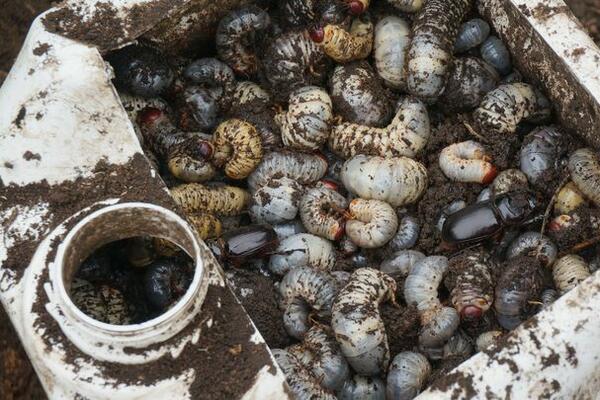 CRB is the most serious insect pest of coconuts, impacting thousands of coconut plantations in Solomon Islands.
Source: rnz.co.nz
Share
Thursday, 13 June 2019 10:03 AM

29,000 Hectares! That is the estimated total land size of coconut plantations throughout the Solomon Islands that is currently under threat by a new invasive strain of the coconut rhinoceros beetle (CRB).

CRB is the most serious insect pest of coconuts, essential for food security and cash income in rural Solomon Islands, resulting in significant yield losses and tree mortality.

He said it was much worse than what they had anticipated when the pest was first noticed in the Pacific around 10 years ago.

"We've seen areas where virtually all of the palms in an area have been destroyed by the beetle. So, this has caused a total collapse in coconut production in those areas."

Dr Jackson said a virus previously released to bring the pest under control was no longer effective.

These are in fact conservative estimates, at its peak in 2008 copra exports were valued at just over SBD$200 million dollars.

There are a lot more questions than answers, and authorities are working hard to address this issue – saving this industry would be saving the livelihoods of many ordinary Solomon Islanders.