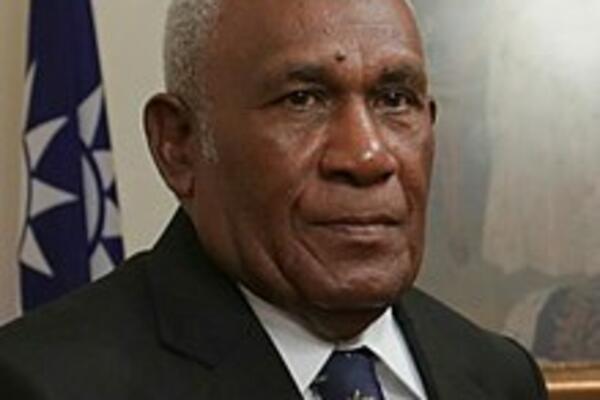 The Governor General, Sir Frank Kabui, has declared April 24th 2019 as the date for the election of the Solomon Islands Prime Minister.

The notice, issued yesterday afternoon, states that by virtue of section 33 (1) of the Constitution, as read with Schedule 2 to the Constitution, declare Wednesday 24th April 2019, as the date set for the convening of Parliament for the purpose of electing a Prime Minister at the Chamber of the National Parliament at 9.30am.

The notice states that nominations will be open starting today at 8am, closing on Thursday 16th April 2019.

The Prime Minister of Solomon Islands is Solomon Islands' head of government, consequent on being the leader of the party or coalition with majority support in the National Parliament.

Since 15 November 2017, the Prime Minister has been Rick Houenipwela(elected by Parliament to replace Manasseh Sogavare, who lost a motion of no confidence).