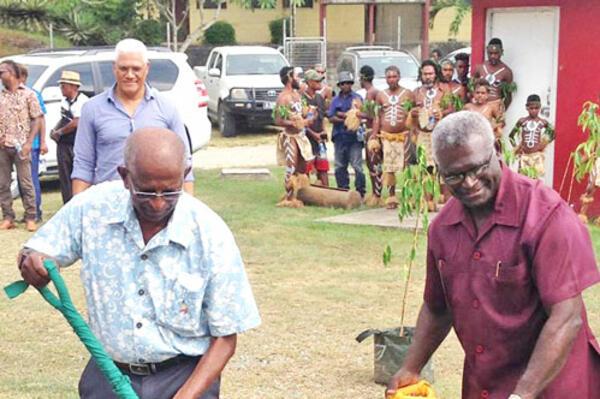 During the visit, which ran from Dec. 2 to 7, meetings were held with the Prime Minister, the Hon. Manasseh Sogavare, the Solomon Islands Pacific Games Association Executive Board, as well as its full membership of national sports federations.

The PGC delegation also attended the fifth meeting of the 2023 Pacific Games National Hosting Authority, which is the umbrella organization responsible for delivering the 17th Pacific Games under the chairmanship of Dr. Jimmie Rodgers, the Secretary to the Prime Minister. An updated Games venues plan was presented and approved at the NHA meeting, which includes a new plan of support from the China.

The PGC also attended the groundbreaking ceremony for the Solomon Islands Sports & Leadership Institute, which will be constructed over the next 10 months to provide a high-performance environment for Solomon Islands athletes in preparation for 2023 and beyond.

“The PGC is confident that Solomon Islands remains on track to stage a successful Pacific Games in 2023. We are very grateful to Prime Minister Sogavare and his government for their continued support for the hosting of the 2023 Pacific Games, which will be a major nation building event for Solomon Islands,” Lakhan said.

“The PGC is also grateful for the pledges of support from donor governments in the region—China, Australia, New Zealand, Papua New Guinea, and Indonesia,” the PGC president added."