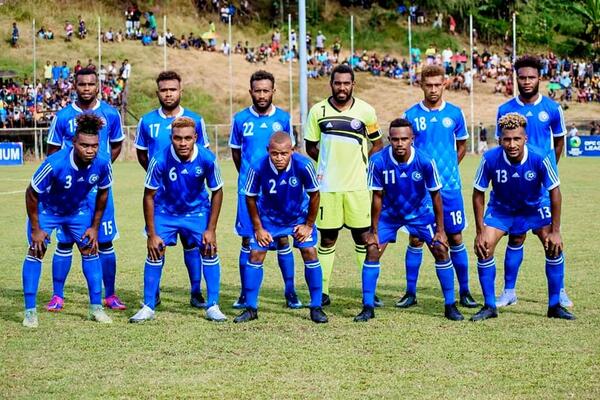 The group draws for the eight teams in the Oceania Football Confederation Champions League 2022 will be done tomorrow.

The draw will take place at 1pm at the OFC Home of Football – Te Kahu o Kiwa in Auckland, New Zealand.

There is no seeding system for this edition of the OFC Champions League so each team will be drawn from a single pot of eight teams.

Teams will be drawn into two groups of four; Group A and Group B. Teams drawn from the pot will be allocated to groups sequentially, the first team drawn going into Group A, the second into Group B, third into Group A, and so on, until the pot is empty, and all eight teams have been drawn.

They had all qualified via the national playoff route, as did the most recent OFC Champions League winners, 2019 champions Hienghène Sport of New Caledonia.

Nikao Sokattak FC from the Cook Islands has been nominated to attend the finals tournament based on sporting merit, after ongoing travel restrictions and logistical challenges forced the cancellation of the OFC Champions League 2022 qualifying stage.

Auckland City FC round out the eight teams participating.

The nine-time winners have been nominated by their respective MA to represent New Zealand as 2020–21 New Zealand football championship regular season winners.

Confirmed dates and locations for the OFC Champions League 2022 will be announced at a later date.