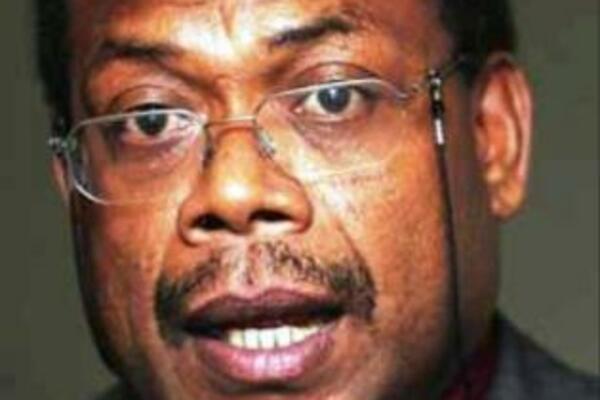 "The Public Accounts Committee has done its task to vet the budget but we as parliamentarians must go through it with a fine tooth comb," said Dr Sikua.
Source: STO Archives
Share
Thursday, 31 March 2011 08:10 AM

Newly appointed Leader of the Opposition Hon. Dr Derek Sikua has described the "2011 Appropriation Bill 2011" as a flawed budget for lacking detailed information about each budget line.

The bill presented by the Minister for Finance and Treasury, Hon. Gordon Darcy Lilo seeks parliament's endorsement to allow the Government to expend SBD$2.2 billion to deliver services nationwide.

Hon. Darcy Lilo had described the budget proposal as responsible, forward looking and sustainable as it provides SBD$53 million to cover the potential for unexpected needs and further will deliver a surplus of SBD$24 million to allow the government to further build its cash reserves.

But Opposition Leader Hon. Dr Derek Sikua said there are many examples of poor planning or the absence of planning when reading the budget against the Finance and Treasury Minister's Budget Outlook document.

"The budget has not been published as a document that clearly gives the expected outcome of each budget line. It is a license to expend without any fixed statement about the intended outcomes.

"Parliament needs to know what each budget line will produce as an outcome. In many ways this is a very traditional input-based budget where the people's taxes and the expenditure lines are shown but the intended outputs are invisible or non-existent."

Dr Sikua said a good example is the reduction in budget for Reconciliation and Rehabilitation which had been set down as top priority in the Finance and Treasury Minister's Budget Outlook document.

"There should be documentation to clearly explain each budget line. The non-appropriated budget for this activity shows the United Nations' Development Programme will provide nearly SBD$15 million to strengthen capacity for peace-building in post conflict Solomon Islands but there is no documentation to inform MPs what will be done to strengthen capacity for peace-building.

"The Public Accounts Committee has done its task to vet the budget but we as parliamentarians must go through it with a fine tooth comb."

The Opposition Leader said the Opposition will expect full information for every budget line from the government and the failure to provide for at least 75 percent of the budget can result in unaccountable spending by Ministries.