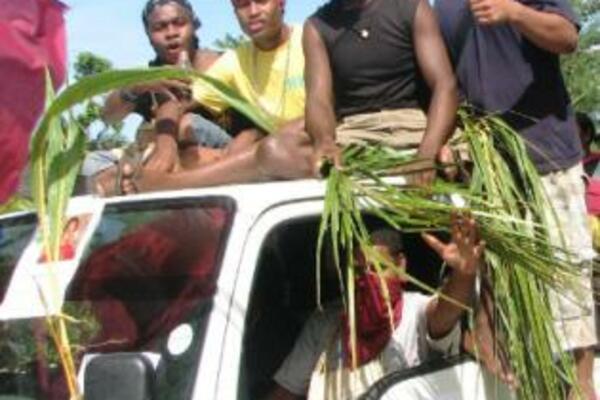 The 2010 National General Elections has been described by many poll managers as being quiet and peaceful.

Reports from the National Broadcaster and One News have stated that voting in many of the polling stations in the provinces have been conducted in an orderly manner, a slight contrast to previous elections.

With hundreds of observers on the ground and with an equal amount of police officers it is proving to be a deterrent for many.

In Malaita, many of the constituencies have reported a sharp increase in voter turnout, with little or no disruption in all the polls.

Honiara also experienced a relatively quite election day with people voting in large numbers in all polling stations. Polling agents say that people who did not find their names were not violent, they "simply went on to the next polling station."

The same was said for the Western Province, with a large number of voters taking advantage of the weather to travel by boat to vote. "This is my third elections, and this is one of the quietest and most peaceful, I see that even people that support different candidates are talking to each other...not very tense like last time," said Julie, a mother of three who had to travel by boat to Gizo to cast her vote.

An election officer in Kirakira, Gilbert Tabihau, says that so far there hasn't been any report of disturbances in the various constituencies when polls closed yesterday.

SIBC's correspondent Wayne Sa'o reports from Tinngoa Rennell that elections yesterday were very quiet and many went on with their daily activities after voting. Rennell-Bellona election Manager Robert Pongi says election on Bellona has also been peaceful and quite.

Counting will start later this morning with several results expected this afternoon.