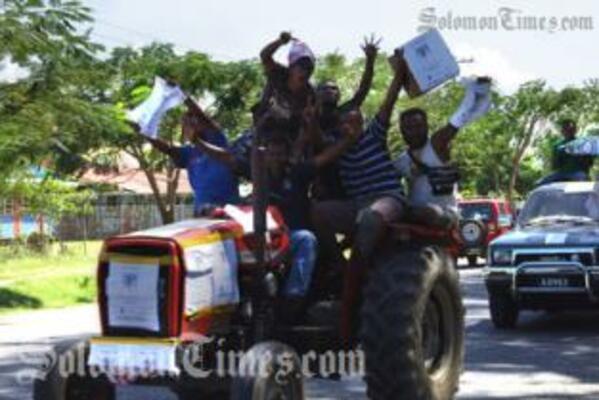 West Honiara supporters who are yet to hear who will represent them in Parliament.
Source: Photo Supplied
Share
Saturday, 07 August 2010 10:21 AM

Solomon Islands have 12 new Members of Parliament and lost six big names as counting continue into day 3 of the 2010 national election results.

A big upset for the majority listening to election results was the loss of former Deputy Prime Minister, Fred Fono, to businessman, Fiulaua Jackson. Mr. Fono had served three terms.

It's been confirmed that counting for Small Malaita constituency was completed last night but results are yet to be released.