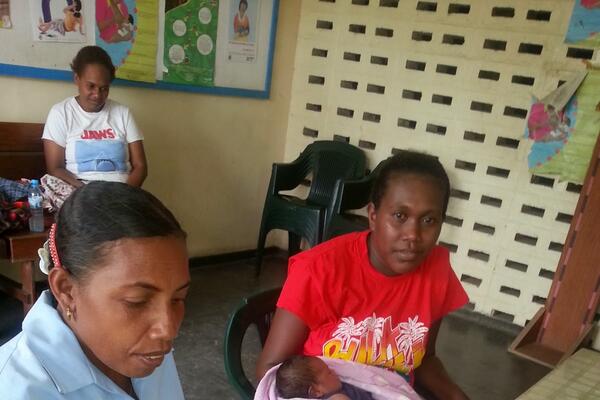 The ministry has requested $US1.5 million dollars from the government to hire more than 70 Solomon nurses in total.
Source: UNICEF
Share
Tuesday, 25 June 2019 12:04 PM

Solomon Islands will send 20 nurses to neighboring Vanuatu next month, an arrangement first made possible through an MOU signed by the two countries in 2011.

Vanuatu's Ministry of Health confirmed that it will recruit its first batch of Solomon Islands nurses next month, if their contracts are approved by the Public Service Commission.

The Director General of Health, George Taleo, told 96 Buzz FM Vanuatu will be getting about 20 Solomon nurses initially.

They are being hired to plug a gap resulting from retirements while the Vanuatu College of Nursing Education is only graduating about 30 nurses each year, he said.

There are plans to expand the nursing school and recruiting foreign nurses should be phased out by 2025, Mr Taleo said.

The ministry has requested $US1.5 million dollars from the government to hire more than 70 Solomon nurses in total.

Sources have revealed that the average salary for a nurse would be close to SBD$110,000 per annum tax free. This would also include other benefits such as housing.