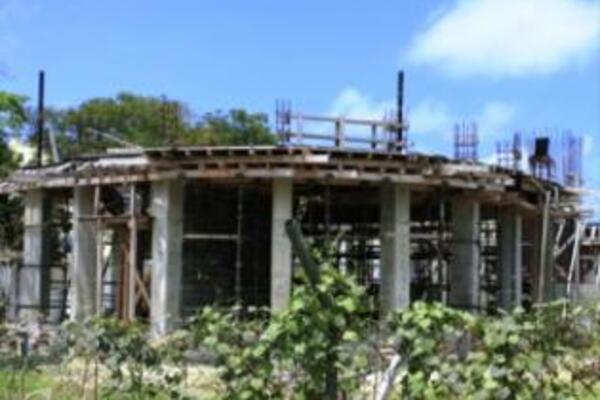 Construction work stopped last year after the local construction firm, Transworld Company, was said to have ran out of funds to pay its workers and meet other contractual obligations.
Source: Photo Supplied
Share
Wednesday, 19 October 2011 08:18 AM

The Parliamentary Opposition says it is highly suspicious of the Cabinet's decision to include an additional SB$2 Million dollar bid under the 2012 budget as further goodwill funding by Solomon Islands towards the Papua New Guinea Chancery project in Honiara.

Construction work on the chancery stopped last year after the local construction firm, Transworld Company owned by Thompson Turueke, was said to have ran out of funds to pay its workers and meet other contractual obligations.

Opposition Leader Dr. Derek Sikua alleges that the Cabinet last Thursday agreed on the inclusion of a SB$2 Million dollar bid, under the Ministry of Foreign Affairs Head, as a further goodwill grant towards the chancery project.

"What amazes the Opposition is the fact that the Cabinet's decision swiftly followed the call by the PNG Prime Minister on the Solomon Islands Government for a separate investigation into the misappropriation of PNG funds for the construction of the chancery," said Dr Sikua.

He said the Opposition is surprised that instead of launching an investigation into the misappropriation of the chancery project funds as requested by PNG, the cabinet has seen it fit to pay an additional funding of SB$2 Million dollars towards the project.

"Solomon Islands should be facilitating the PNG Government's request for an investigation into the misappropriation of the funds and not additional goodwill payments for a project that had obviously failed."