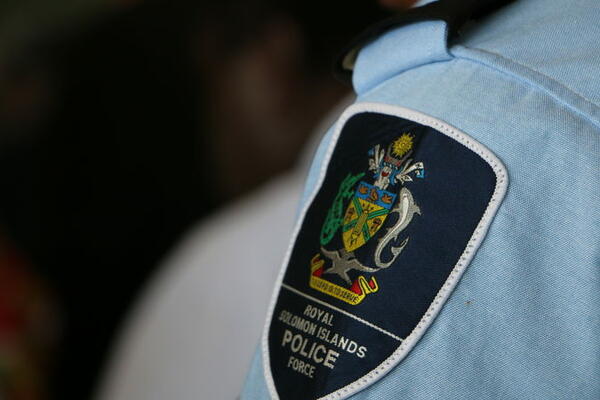 “I appeal to members of the public in the Panatina area in East Honiara who have any information about this sad incident to contact the police,” says Acting Inspector Nala.
Source: Supplied
Share
Tuesday, 18 June 2019 09:06 AM

Officers of the Royal Solomon Islands Police Force (RSIPF) have arrested and charged a 19-year-old male person for allegedly raping a 14-year-old female in the Panatina area of Honiara on 8 June 2019.

“It will be alleged that between 11 and 12 pm on 8 June 2019 the victim was on her way back to her home after she was with her friends. It will be alleged that during this time the suspect grabbed the victim from the side of the road and dragged her to an empty house where he raped her,” Officer-In-Charge of the RSIPF Sexual Assault Team, Acting Inspector Rose Nala explains.

Acting Inspector Nala adds: “The initial report was made to the Naha Police Station before it was referred to the Sexual Assault Team on 14 June 2019. The suspect was arrested on the same day and was interviewed and formally charged the next day, when his remand application was made in the Honiara Magistrates Court. He has been remanded in custody to appear in Court on 28 June 2019.”

“I appeal to members of the public in the Panatina area in East Honiara who have any information about this sad incident to contact the police,” says Acting Inspector Nala.

Assistant Commissioner of Police, Crime and Intelligence, Ian Vaevaso says, “I wish to remind the public that women and girls within our communities must be respected and protected at all times. It is our responsibility to ensure that they are safe at all times.”

“Furthermore, I also wish to remind our girls and women not to travel by yourselves in isolated places at night or even during the day. We need to work together to reduce sexual offences in our country. To ensure our children are protected, parents need to be aware of where they are and who they are with, especially at night time” says AC Vaevaso.