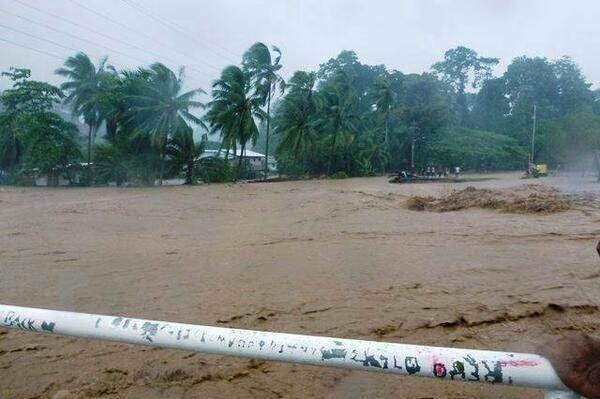 40,000 people in Guadalcanal and 12,000 in Honiara are estimated to have been affected, with many impacted communities experiencing food shortages.
Source: Photo supplied
Share
Monday, 07 April 2014 08:29 AM

The current death toll has been confirmed by the Royal Solomon Islands Police Force:

40,000 people in Guadalcanal and 12,000 in Honiara are estimated to have been affected, with many impacted communities experiencing food shortages.

The National Disaster Management Office (NDMO) and the Solomon Islands Bureau of Meteorology issued a series of severe weather warnings to residents via radio, email and media communications from Tuesday 1 April.

Honiara City and the whole of Guadalcanal province was declared a disaster area by the Minister responsible for Disaster Risk Management, the Honorable Bradley Tovosia, Friday afternoon, 4 April.

Guadalcanal, Makira, Rennell and Bellona, the Russell Islands, Malaita and the Western Province were given Tropical Disturbance Watch advice at 6pm Friday night.