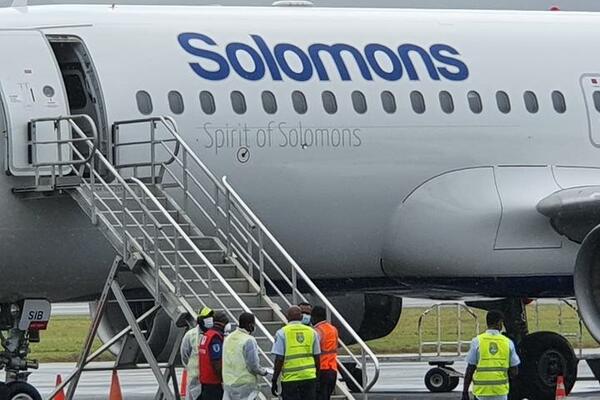 The Prime Minister said despite all their effort to arrange the flight from Manila they have received reports that six students failed to board the flight.
Source: File: RNZ
By Jimmy Nolan
Share
Wednesday, 09 December 2020 17:22 PM

133 passengers from Manila, Philippines, will be arriving in Honiara this evening.

This was revealed by the Prime Minister Manasseh Sogavare during his nationwide address this afternoon.

All the quarantine stations have been cleared pending their arrival.

The Prime Minister said despite all their effort to arrange the flight from Manila they have received reports that six students failed to board the flight.

“This is extremely inconsiderate and selfish, we will investigate and if these students knowingly decided not to check in today we may exclude them from government repatriation service and they may be asked to leave the quarantine hotels and plan their own way to get home,” Prime Minister Sogavare said.

The Prime Minister also revealed that additional flights will arrive on Saturday, bringing in students from Papua New Guinea, and others from Philippines.