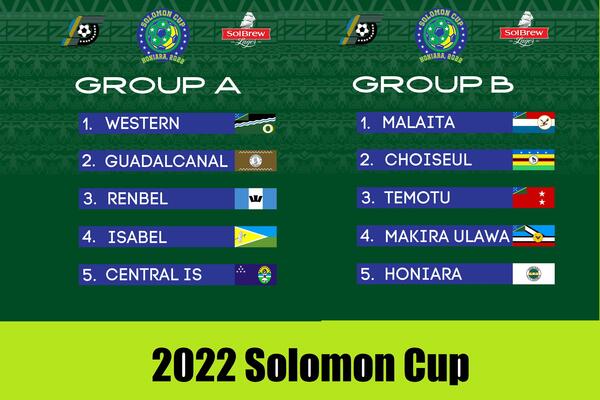 The draw is now official with two pools consisting of five teams. The two finalists from 2020, Malaita and Western, are in two separate pools.
Source: Supplied
By Samson Sade
Share
Thursday, 24 November 2022 12:24 PM

Teams have been officially drawn for the Solomon Cup 2022 at the Solomon Islands Football Federation (SIFF).

The 2022 Solomon Cup will consist of two pools of five teams vying for the coveted national soccer trophy.

Pool A will feature defending champions Western alongside Guadalcanal, Renbel, Isabel and Central.

Pool B consists of Malaita, Choiseul, Temotu, Makira-Ulawa and Honiara.

Malaita has dominated the competition since its inception in the early 90s. The last edition of the Solomon Cup was in 2020.

Western Tomoko created history by winning the 2020 Solomon Cup tournament for the first time since they joined the Solomon Cup.