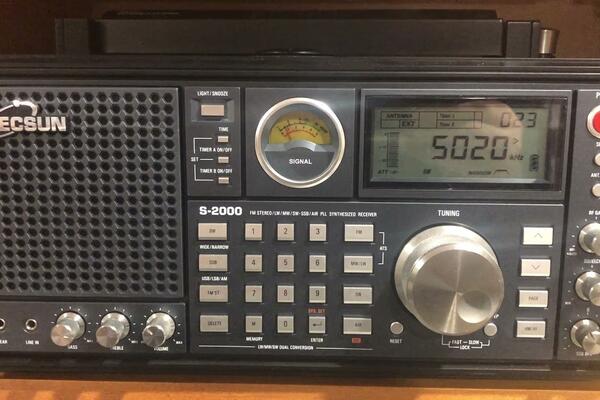 “However, whatever the change may be, the corporation must continue to play its role as the national broadcaster because SIBC belongs to the people of Solomon Islands,” the Chairman of SIBC said.
Source: File: SIBC
By Samson Sade
Share
Tuesday, 08 November 2022 13:48 PM

Whatever the legal instrument the Solomon Islands Broadcasting Corporation (SIBC) is operating under, it is imperative that the corporation maintains its editorial independence.

This sentiment was echoed by the Chairman to SIBC Board, Dr William Parairato when delivering his remarks marking the handover of a new Japanese funded 250 KVA generator to the Corporation recently.

Mr Parairato further said that SIBC is currently going through a transition period after cabinet decided to omit the corporation from the State Owned Enterprises (SOE) Act.

“SIBC is now solely operating under the Broadcasting Ordinance.

“However, whatever the change may be, the corporation must continue to play its role as the national broadcaster because SIBC belongs to the people of Solomon Islands,” the Chairman said.

Doctor Parairato’s comment comes following the government’s recent pronouncement to return the national broadcaster from the 2007 to the long abandoned 1976 Broadcasting Act.

The reversion of the Act means that the Corporation (SIBC) no longer enjoys absolute editorial rights as this responsibility now falls directly under the powers of the Prime Minister.

Under the Prime Minister’s right to prohibit materials in sub-section 1 of part five of the Act, it vividly delineates that “the Minister may from time to time prohibit the Corporation from broadcasting any matter, or matter of any class or character, specified in the notice, or may request the Corporation to refrain from broadcasting any such matter. Such request by the Minister shall be confirmed in writing within twenty-four hours of being made.”

Such power is an open cheque book for abuse as it gives the minister the right to prohibit news items that are deemed malicious and damaging to a ruling government despite how credible and factual the story may be.

This alone tantamount to suppression of media freedom in the country.
It is worth noting that the media landscape governed by the 1976 Broadcasting Act was completely different to the experiences of 21st century Solomon Islands.

The socio-economic and political landscape back then was simple with little geopolitical competition.

With China’s media interest hovering over the fragile local media landscape, the reversion heralded a dent in media freedom – a worrying and an unpalatable development by all standards.

The move to return to the 1976 Broadcasting Act was also criticised by the Media Association of Solomon Islands (MASI).

In a statement, the president of MASI, Ms Gina Kekea said that the government’s action is not only a threat to democracy, but also media freedom in the country.

She further stressed that the media landscape now is fertile for the Prime Minister to apply the powers vested on him by virtue of the Act to stifle information from the people of Solomon Islands and the general diaspora.

She fears that the country is slowly descending into China’s orbit of media suppression, censorship and control.

The MASI president further registered her disappointment when she called on members of MASI to boycott the one question quota imposed on a press conference organised for the visiting Chinese foreign affairs secretary on 26th May, 2022.

In reference to the current media landscape, the East Areare Member of Parliament Peter Kenilorea Junior said that politicians have seen the media as encroaching into the realm of power which they see naturally as their domain and as a result, media and politics have always had a love/hate relationship.

He made the comment when he delivered his remarks on the theme “The Media and Political Leadership in a Digital Age’ during the recently held PINA Summit in Honiara.