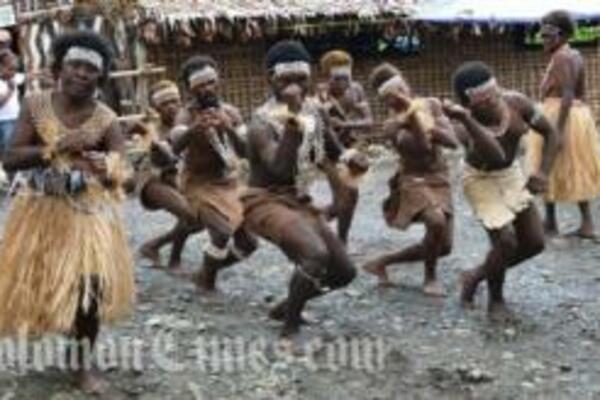 Friday 13 July 2012, Secretariat of the Pacific Community (SPC), Honiara, Solomon Islands - After two weeks of festivity, the cultural extravaganza that is the 11th Festival of Pacific Arts comes to a close in Honiara this afternoon.

Delegations from 20 Pacific countries and territories and from the nine provinces of host country, Solomon Islands, will don their national regalia for the official closing ceremony. Solomon Islands' Governor General, Sir Frank Kabui, and Prime Minister, Mr Gordon Darcy Lilo, are expected to speak at the closing of an event that has seen this small capital and a number of outer islands transformed into a cultural mecca for two weeks.

Solomon Islanders, like Steward Uriumaikeni from Malaita Island, spoke of their pride in hosting the four-yearly regional arts and cultural event for the first time. For Uruimaikeni and many others, the highlight was seeing 'different people and cultures together in Honiara', where the population surged from around 90,000 to some 110,000 during the festival. For overseas visitors, the open spirit of their Solomon Islands hosts made a lasting impression - as did the country's rich and diverse arts and cultural heritage, which was on display everywhere they turned.

Founded by the Secretariat of the Pacific Community (SPC) 40 years ago, the Festival of Pacific Arts has become an important regional cultural institution, bringing Pacific people together every four years to share their traditional arts such as weaving, carving, music and dance.

Contemporary forms of artistic expression are also finding a place at the festival, which this year included a film festival, photographic and art exhibitions and fashion shows.

Alongside this colourful spectacle, a number of high-level meetings were held to discuss the pressing issues that face the region's cultural sector. Meeting for only the second time ever, Pacific Ministers of Culture endorsed a ten-year regional cultural strategy, which sets directions for the development of the sector at both national and regional levels. In addition, the first cultural rights symposium for the Pacific brought together several of the region's forward-thinkers on culture to discuss cultural rights in the Pacific and intellectual property and traditional knowledge.

Guam will host the next Festival of Pacific Arts in 2016.