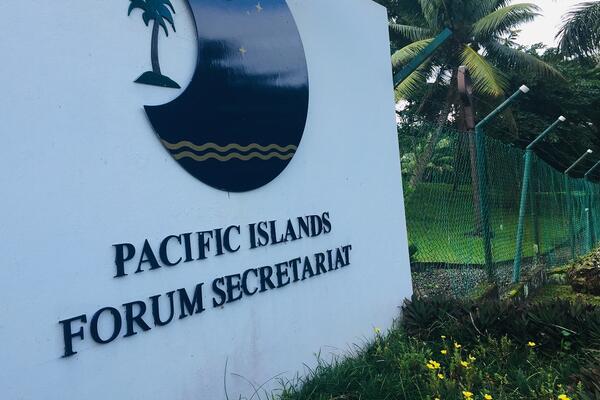 Pacific Island leaders have resolved a leadership crisis that has crippled the region’s peak diplomatic body.

“I think it was a very significant meeting and some really positive outcomes were achieved, the main one being that the family stays together.”

“The Micronesians have agreed to stay in the forum,” he said.

Palau was one of the nation's that had walked out on the Forum, but the nation's President Surangel Whipps Jnr said today's meeting has helped resolve the rift.

"The most important outcome is the, the unity of the Pacific."

"The meetings today, and in the past few days have been how to reconcile our differences, how to move forward in a way that brings the Pacific together... I think that is when what has been accomplished,” he said.

The current Secretary General Henry Puna, who won a bitter contest to take the top job early last year, will serve out his term while Micronesia will appoint the next forum leader in 2024.

Keeping the forum intact was the main goal of Tuesday’s extraordinary meeting, with leaders and experts stressing the importance on unity on these issues before the PIF leaders’ meeting, which is likely to be held next month.

"We're going to take this proposal to the rest of the leaders for their consideration and we're confident of their support as well," Mr Brown said.

"So, we look forward to June or July with the leaders meeting where this proposal will be endorsed so we can all start moving forward. Face-to-face meetings is a must for Pacific Islands."

Australia played a key role in the facilitation of the meeting in Suva as it seeks to shore up Pacific unity at a time of heightened geopolitical competition in the region from China.