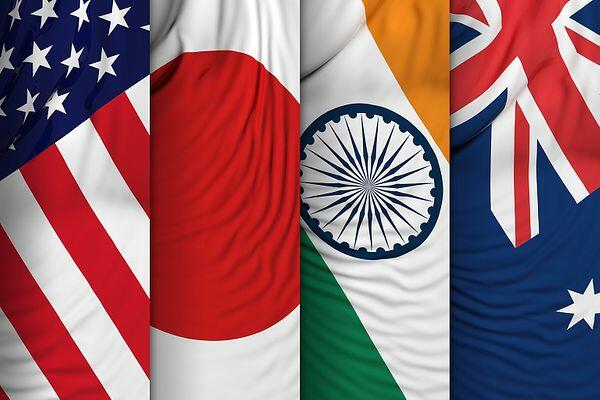 Officials from the Quad nations have clarified in the past that it's not a military alliance like NATO but a partnership for a shared vision for the Indo-Pacific region.
Source: The Diplomat
By Samson Sade
Share
Tuesday, 24 May 2022 10:22 AM

The Chinese Foreign Minister and State Councillor Wang Yi is scheduled to visit Solomon Islands later this week. This was confirmed by the Prime Minister’s office, and the Chinese Ambassador to Solomon Islands Li Ming.

The visit coincides with the convening of the Quad Leaders in Tokyo, Japan, which starts today. The Quadrilateral Security Dialogue (QSD), colloquially the Quad, is a strategic security dialogue between Australia, India, Japan, and the United States.

The timing of the Chinese Foreign Minister’s visit to Solomon Islands is not a coincidence, diplomacy is a combination of symbolism and substance. His visit to the Solomon Islands is symbolic, China is sending a message to the Quad Leaders in Tokyo. The signing of the security agreement will be the ‘substance’, which has already sent shockwaves around the World.

Chinese Foreign Minister Wang Yi lashed out at the Quad leaders' at the summit in Japan's Tokyo and said countries in the region should reject the attempt for a military bloc or camp confrontation.

On the eve of the Quad summit, Wang said the region should "unswervingly maintain peace and stability, adhere to the purposes and principles of the UN Charter, and unequivocally reject any attempt to introduce military bloc or camp confrontation into the Asia-Pacific region", as per the state-run CGTN.

Officials from the Quad nations have clarified in the past that it's not a military alliance like NATO but a partnership for a shared vision for the Indo-Pacific region, most notably by the US Secretary of State Antony Blinken.

Blinken told CNN-News18 in an interview,"That Quad is not a military alliance. It is a group of like-minded democracies. India, the United States, Japan, Australia, coming together to work cooperatively on issues and matters that are going to affect the lives of citizens and all of our countries and indeed, in the Indo Pacific as a whole and beneath that is the conviction that the Indo Pacific needs to remain a free and open region."

The soon to be signed China-Solomon Islands security agreement will be a massive strategic win for China. But what does Solomon Islands stand to gain? that it has not already enjoyed through regional and bilateral partnerships from within the Pacific region.

The security agreement will be signed by Chinese Foreign Minister Wang Yi and his counterpart in Solomon Islands, and will become the blueprint, at least for the two countries, for security and development in the Solomon Islands.

Solomon Islands seems to have achieved its foreign policy objective, not of being friends to all, but leveraging off of friends, for the benefit of the government.