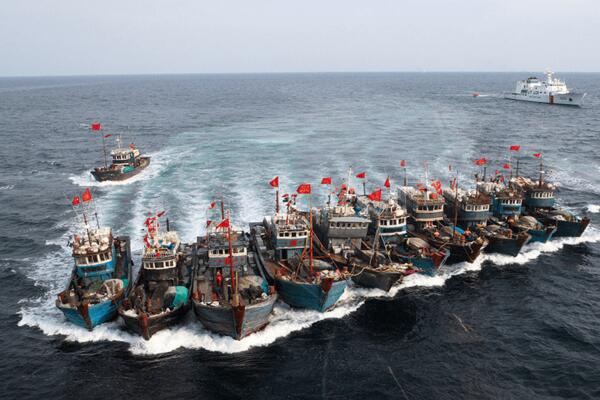 The Opposition MP said the Blue economy MoU is of particular concern given China’s appalling record on fisheries and their huge fishing fleet (mostly long-line) in the Pacific Ocean.
Source: NMF
Share
Friday, 13 May 2022 09:18 AM

Opposition member and MP for West Makira Constituency Hon Derrick Manuari has raised his concern at the pace and capacity in which Solomon Islands are impelling MOU’s with China.

In a statement, Hon Manuari said after speaking to prominent Solomon Islanders, he share similar concerns that the Solomon Islands Government should think carefully about the short- and long-term implications of these MoUs.

Similar to the controversial security treaty, the Opposition MP said the Blue economy MoU is of particular concern given China’s appalling record on fisheries and their huge fishing fleet (mostly long-line) in the Pacific Ocean.

“Solomon Islands does not have the legislative and regulatory frameworks to safeguard such activities. Although, there are regulations available for land-based mining, we do not have clear guidelines or regulations to safeguard deep-sea mining, energy resources and hard rock minerals,” he said.

The West Makira MP said even if there were legal and regulatory frameworks, it still raises the question whether we as a country have the capacity to enforce them.

Hon Manuari said concerns raised that these MoU’s might be driven by foreign interests and businesses hoping to cash-in on potential contracts and investments are also serious.

He also raised concerns that the establishment of big Chinese companies well before the diplomatic switch have played an instrumental role in influencing political decisions.

“Our engagement with China is not an issue. The secrecy of its undertaking is the concern. In any MoU whether it be security or development, Solomon Islands must dictate its terms in the best interest of our sovereignty, nation and people as a whole.

"We should never jump on a development express train blindly without knowing who is at the drivers seat and the destination we are heading to,” Hon Manuari expressed.