Opposition Calls on Government to be Sensitive and Acknowledge Peoples Views 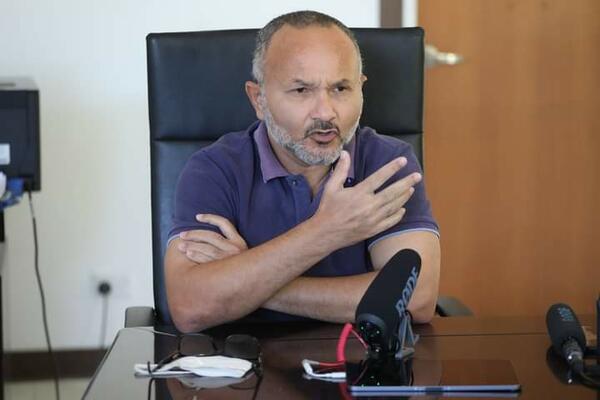 The Opposition Leader said it is clear from online debates and the general feeling around the country that people are not supportive of the government’s plan.
Source: Supplied
Share
Thursday, 17 March 2022 20:41 PM

Opposition Leader Hon Matthew Wale is calling on the government to be sensible, sensitive and to acknowledge the views of the people.

Hon Wale described the government’s response that they don’t need to consult the people on its plan to extend parliament as ‘bad practice’.

Speaking during a press conference today, Hon Wale said the government’s self-serving attitude in trying to justify their plans to extend Parliament is frustrating people.

“What is the priority? Is it a 2 weeks of Games or the national general elections?” he reiterated.

Hon Wale said another option is to dissolve Parliament early and that would be a viable option.

The Opposition Leader said it is clear from online debates and the general feeling around the country that people are not supportive of the government’s plan.

“The government is pushing people to the edge of a cliff. Their attitude of disregarding the voice of the people and to deliberately choose not to consult the people is not right,” he said.

Meanwhile, the Opposition Leader has called on the Prime Minister to come out and debate this issue.

“People wants to hear elected leaders speak on these matters and not government officials,” he said.

Hon Wale reiterated that DCGA government should not be trusted, it is not the people’s government.