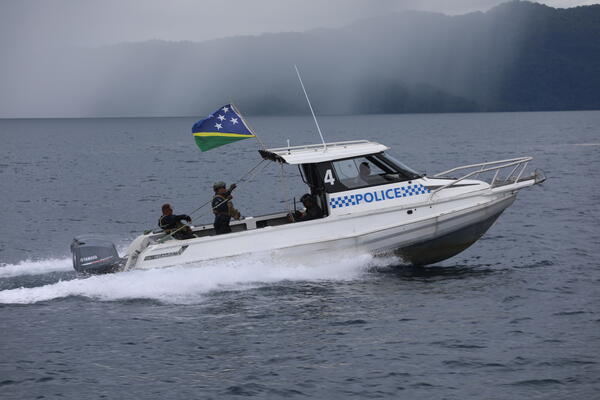 The national broadcaster, SIBC, says fourteen people are missing at sea after a boat they were travelling in failed to reach its destination.

The SIBC said the boat left Gizo on Saturday, January 1, for the Shortland Islands. Sibere Tauroa from Taro police, who is supervising a search operation, said among the 14 missing are women and two children - a nine-year-old and a four-year-old.

Mr Tauroa told the SIBC that two boats left Gizo on Saturday and travelled alongside each other destined for the Shortland Islands.

"On their way, almost reaching the Shortland Islands they met very strong winds, the two boats then somehow separated but only one of the boats managed to navigate and arrive safely in Taro, on January 2," he said.

Mr Tauroa said a mobile phone belonging to one of the passengers in the missing boat was called, it rang but no one answered it.

On attempts to track the whereabouts of the phone, they alerted telecommunications provider, Our Telekom, and were informed that the phone was detected within the Sasamunga or within south Choiseul range of Telekom's mobile network.

"Villages along Sasamunga and south Choiseul were notified of any sightings of the boat or floating objects since police received the report of it missing, but there is still no sighting of anything," Mr Tauroa said.

He said police in south Choiseul attempted a search on Monday but weather did not permit them to carry it out, it is understood search continued today.