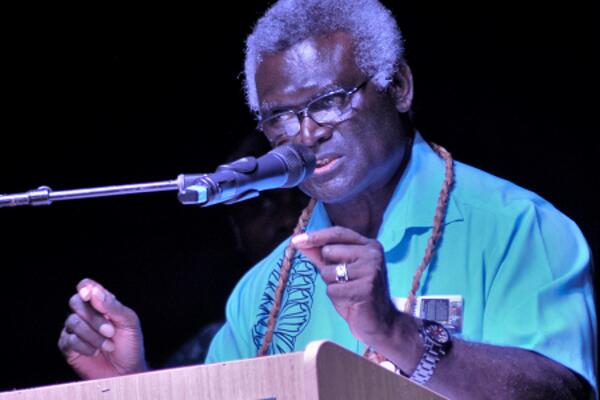 He pointed out that he is hopeful that the new state government system will still build a united country even though, resource wise, other provinces are more ready than few others.
Source: Solomon Star
Share
Friday, 17 December 2021 07:27 AM

Prime Minister Hon. Manasseh Sogavare says he is hopeful the call for the introduction of a state government system will result in a united Solomon Islands.

The Prime Minister made this statement while addressing dignitaries and guests at the Western Province’s Second Appointed Day celebrations in Gizo this week.

“The challenge that we are grappling with as a nation is to ensure that whatever we do, we do not undermine our National Unity and that our collective responsibility to look after each other as one nation and one people," Prime Minister Manasseh Sogavare said.

Sogavare further added that together as one nation and one people is a commitment that we have declared to the world through our national anthem.

Sogavare further highlighted that with the prevalent view for a state government system, that should not take away the notion of one nation.

He pointed out that he is hopeful that the new state government system will still build a united country even though, resource wise, other provinces are more ready than few others.

“I would like to be optimistic that the new state government system will strengthen our solidarity and unity, and stronger states will translate into a stronger country. Some provinces are more ready than others to become states but since all provinces are calling for this state system, it is becoming very difficult not to take heed of these calls,” Prime Minister Manasseh Sogavare stressed.

Sogavare reiterated his personal trust in God that through Him as a nation we can navigate through the new journey that we intend to take.

“I pray that as we move forward, we do not lose sight of what hold us together as a family of Solomon Islanders. I put my faith and trust in our Father in Heaven to be the guiding light of wisdom as we move forward together on this new journey,” the Prime Minister stated.