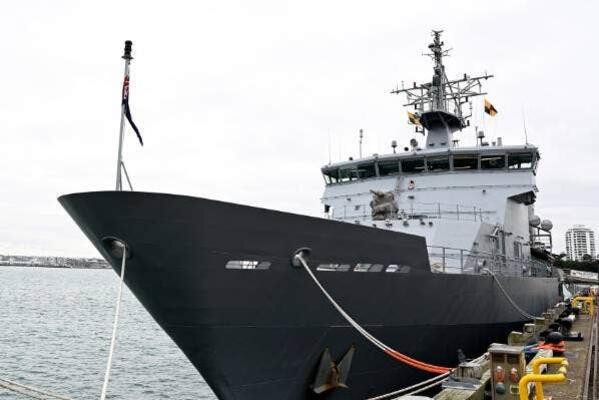 A Defence Force spokesman said it would arrive in the waters of the Solomons later in the week, where it would take over patrolling from an Australian ship.
Source: stuff.co.nz
By George Block (Stuff.co.nz)
Share
Wednesday, 08 December 2021 14:04 PM

New Zealand has deployed a navy ship to the Solomon Islands to help peacekeeping efforts after political unrest in the capital, Honiara.

The decision to deploy the HMNZS Wellington to the mission was not formally announced by the Government or the Defence Force.

The armed offshore patrol vessel left the Devonport Naval Base in Auckland just before 7.30pm on Monday with a crew of 80 and a Seasprite helicopter on board.

A Defence Force spokesman said it would arrive in the waters of the Solomons later in the week, where it would take over patrolling from an Australian ship.

It would conduct maritime security patrols around the islands of Guadalcanal for a mission taking up to a month, the spokesman said.

“HMNZS Wellington will provide reassurance to Solomon Islands people by providing a visible maritime patrol presence and also, if requested by Solomon Islands authorities, will be able to assist with embarking Royal Solomon Islands Police Force or other partner nations’ authorised personnel to conduct boarding and inspections of suspicious vessels,” the spokesman said.

There were fears of renewed violence on Monday in Honiara as the country's embattled prime minister, Manasseh Sogavare, who requested international assistance for his government, survived a vote of no confidence brought by the opposition.

However, New Zealand police officers on the ground reported a sense of calm in Honiara.

The first Defence Force personnel from New Zealand arrived in the capital city on Thursday, several days after the arrival of troops and officers from Australia, Papua New Guinea and Fiji, and days after the worst of the violence had receded.

During the height of the unrest in the last week of November, police arrested more than 100 people and pulled three bodies from a burned-out building.

Sogavare has been widely criticised by political leaders for a decision two years ago to cut diplomatic ties with Taiwan, favouring mainland China.