Kenilorea Rejects Any Notion of Involvement in Unrest 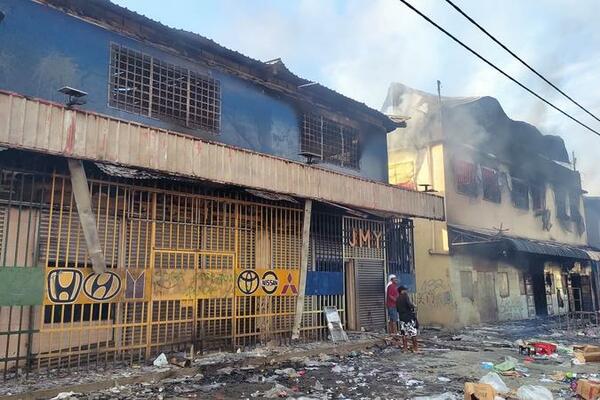 He calls on MPs in government and the public to respect reconciliation, citing false accusations being made suggesting that the reconciliation held in Malaita was a pretext for the riots that happened in Honiara.
Source: RNZ
Share
Wednesday, 08 December 2021 09:53 AM

Member of Parliament for East Are’are Hon. Peter Kenilorea (Jr) says he rejects any notions that he or his colleagues in the opposition bench were involved in the recent unrest.

“There has been talk going around here and in parliament, on this floor, as well as in the media, that has tainted some of us, and I reject that in the strongest terms, in terms of our involvement, if at all, to any of those criminal activity,” the MP for East Are’are said.

He calls on MPs in government and the public to respect reconciliation, citing false accusations being made suggesting that the reconciliation held in Malaita was a pretext for the riots that happened in Honiara.

He says contrary to rumours being circulated, what he witnessed in Aimela was a powerful reconciliation, one that spans back to 1927, and the murder of Bell.

“Those are powerful grievances that were held between different language groups in Malaita. This is very powerful if one cares to read abit of history behind this, you will find that it was not only Mr Bell that was murdered at that time but 13 police officers were also murdered at that time, most were from North Malaita,” Kenilorea said.

“We need to understand these things before we start speaking and try to make a mockery of it, I feel very strongly about this. If we do not understand that history, we will not appreciate what happened.”

The MP for East Are’are says that leaders should not mock any attempts at reconciling past grievances, without fully understanding the context behind it.