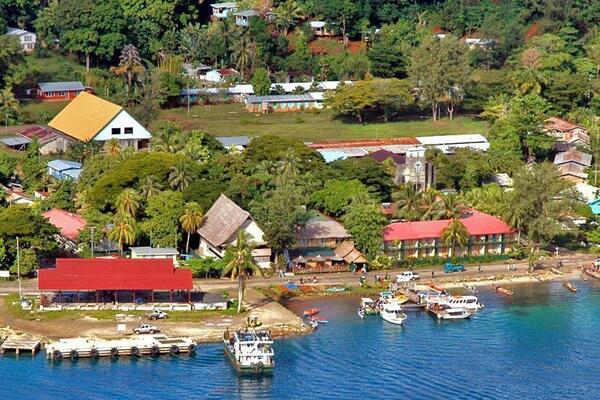 Gizo is a port town and the provincial capital of the Western Province. The town is located on Ghizo Island.
Source: Cruisemapper.com
Share
Tuesday, 07 December 2021 08:48 AM

The Western Province is one of the nine provinces of Solomon Islands, renowned for its beautiful tropical islands and world class diving and snorkelling locations.

The Western province is made up of 11 main islands, including New Georgia, Vella Lavella, Kolombangara, Rendova, Ranongga, Vangunu and Shortlands.

The province is also renowned as where the American Navy ship, commanded by John F. Kennedy was bombed and sunk by the Japanese during World War II.