"Leadership Should Not Come from Ashes of Riots," Danny Philip 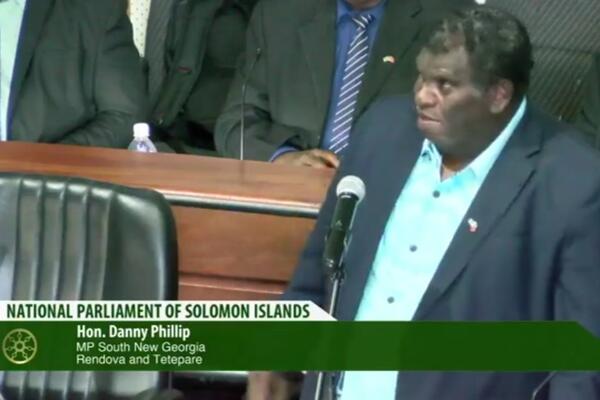 Philip says that he speaks on behalf of those silent majority that are against violence.
Source: Supplied
By Samson Sade
Share
Monday, 06 December 2021 12:16 PM

Member of Parliament for South New Georgia, Rendova/Tetepare Danny Philip has called on leaders not to allow leadership to come from the ashes of riots.

Speaking against the motion the former Prime Minister says that what needs to happen is an open dialogue with those that do not agree with government.

He says it appears that the main issue is the China switch, and Malaita's resistance to the government's push for China led development.

Philip says that the relationship with China is driven by the need to develop as a country. He also defends the government's decision to engage with China on infrastructure projects and says much of the assistance from China is through grants and not loans.

Philip says that he speaks on behalf of those silent majority that are against violence. He says families from his constituents have crowded ships to return to their home village.

He also alleged that he was offered the Prime Minister position by the Opposition which he turned down.