Motion in Recognition of Anger Based on Political and Economic Issues: Wale 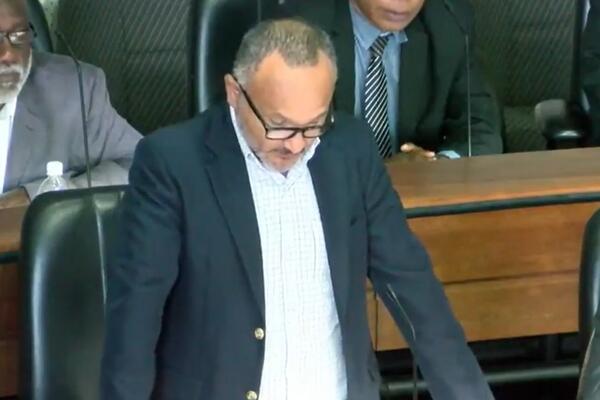 He condemns the looting and criminality that took place, but says the looting at the top of government has resulted in a terrible state of affairs for the country in education, health and other sectors.
Source: STO
By Samson Sade
Share
Monday, 06 December 2021 10:32 AM

The Opposition Leader says the motion of no confidence on the Prime Minister is in recognition of the anger on longstanding political issues.

The Opposition Leader says that the motion before the house seeks a political solution, and the people of Solomon Islands want an end to the economic problems gripping the country.

He says the vast majority of Solomon Islanders live on the margins; resource rich but cash poor – and they want better opportunities for their children. Wale says our people are angry, and they ask why this is the case.

Wale says no serious efforts have been taken to address such issues, and the influence of the logging sector on the formation of government at the cost of the sovereignty of the country is the cause of people’s frustrations.

He condemns the looting and criminality that took place, but says the looting at the top of government has resulted in a terrible state of affairs for the country in education, health and other sectors.

Wale says in the recent past the actions of the Prime Minister appears to target certain leaders and province, and says he is being directed by elements that are not in the best interest of the country and its people.