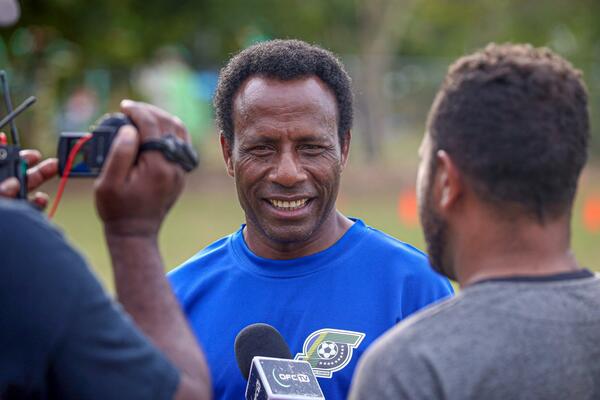 “It’s a wonderful opportunity to coach the women’s team and it will be a great challenge,” Suri said.
Source: OFC
Share
Wednesday, 01 December 2021 09:33 AM

Suri previously coached the Solomon Islands U-19 men’s team to the semi-finals of the OFC U-19 Championship 2018 and led the nation’s U-23 men’s team to second place in the OFC Men’s Olympic Qualifying Tournament the following year.

His success as a coach comes after an illustrious playing career which saw Suri counted among the region’s top talents through the 1990s and 2000s, representing the Solomon Islands at national level and playing club football in New Zealand, Vanuatu, Fiji, Tahiti and his homeland.

“It’s a wonderful opportunity to coach the women’s team and it will be a great challenge,” Suri said.

Since the start of November the Solomon Islands women’s squad has been training three times a week, with work underway to create a philosophy for the team which mirrors the system of their male counterparts.