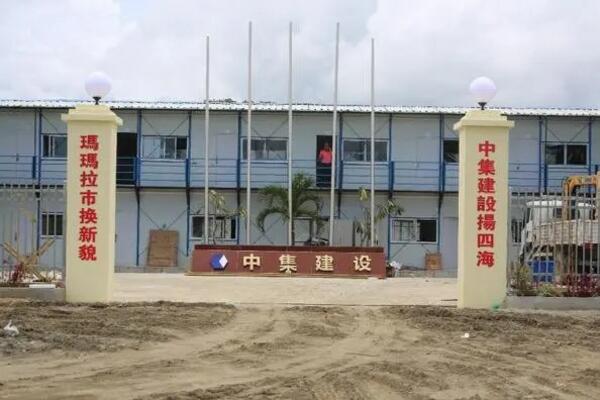 Hon. Wale once again calls on the government to be transparent about its dealings with Mamara and make copies of its agreements with that company available to parliament.
Source: SBM
Share
Monday, 22 November 2021 08:38 AM

The Leader of Opposition, Hon. Matthew Wale, has blasted the government for the payment last week of SBD$13 million for Mamara houses.

Hon. Wale says, the payment was for SBD$30.44 million, but due to government cashflow problem, Treasury was only able to make the part payment of SBD$13 million.

Hon. Wale says, “The government has not been transparent about its dealings with Mamara. It has been deliberately deceiving the public in its statements. When this matter was raised earlier, the government stated that it has no agreement to buy houses from Mamara. As is now clear, the government was misleading the public and was fully intent on buying the houses all along”.

Hon. Wale further adds that, “The houses are not built and spaced in a way appropriate to our cultural norms. Questions hang over the economic life of these houses. These houses were not subject to the normal approval process of planning, and there has been no independent inspections to verify that they are fit for human habitation. This is a matter that has been raised by Guadalcanal Province, and must be a matter of concern to all of us”.

Hon. Wale says the Treasury has been pressured into giving priority to this payment to Mamara, even though it is not budgeted for in the 2021 budget and when there are other more pressing needs for the meagre finances at Treasury.

The Opposition Leader says, this pressure came directly from the Prime Minister, adding that there is clear evidence of the backers of Mamara having a direct relationship with and influence on the Prime Minister, and are using that to get their way, even when this is not in the government’s own redirection policy and budget.

He says this payment makes a mockery of government’s redirection policy and budget. Hon. Wale says he is aware that Mr. Ging Hii in particular has been applying pressure on the Prime Minister to get their vested interests financed.

Hon. Wale however expresses his disappointments in the Prime Minister who keeps bowing down to Mr. Ging Hii and his other interests, over and against the clear interests of Solomon Islands.

“The relationship between these two is clearly not in the national interest and the people of Solomon Islands must be very concerned about it. Mr. Ging Hii is also behind the controversial USD$20 million contract signed personally by the Prime Minister with a Malaysian company for ePassports that has created obligations on the government that it is now unable to meet,” says the Opposition Leader.

Hon. Wale once again calls on the government to be transparent about its dealings with Mamara and make copies of its agreements with that company available to parliament.

“And that the government must stop deceiving the people about its dealings. The country is sick of this government continuing to govern by deception,” the Opposition Leader further adds.