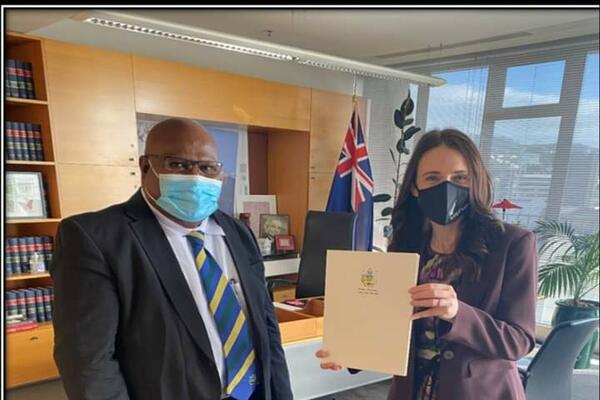 Upon receiving Excellency Tangirongo’ s Letter of Introduction, Prime Minister Ardern congratulated His Excellency’s appointment on his tour of duty.

In response, High Commissioner Tangirongo thanked Prime Minister Jacinda Ardern for accepting his credentials and endeavors to work in close collaboration with the New Zealand Government.

Some of the issues discussed during their brief dialogue during the ceremony were:

These were said to be some of the more pressing issues that required urgent attention.

High Commissioner Tangirongo informed Prime Minister Ardern on the current State of Public Emergency (SoPE) situation in the Solomon Islands and looks forward to work collaboratively with the New Zealand Government in strengthening and deepening the long standing mutual bilateral relations between the two countries.