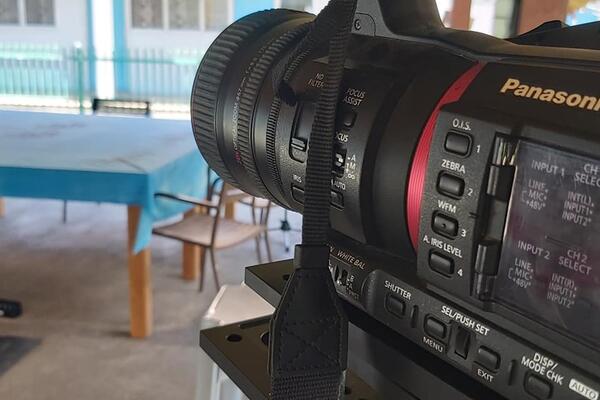 MASI President, Georgina Kekea says this initiative is timely, as the impact of the COVID-19 pandemic has also affected the media industry, causing media houses to implement drastic measures, which have greatly affected journalists and the journalism profession in Solomon Islands.
Source: File: MHMS
Share
Tuesday, 16 November 2021 09:24 AM

For the first time the Media Association of Solomon Islands (MASI) is hosting a Media Awards Event to recognize media practitioners, more so journalists for the work that they do.

In the past, MASI usually hosted Media Awards as part of their celebrations to mark World Press Freedom Day. This year however, with the support from UNDP, MASI will be hosting a Media Awards Event for its members on 4 December 2021.

MASI President, Georgina Kekea says this initiative is timely, as the impact of the COVID-19 pandemic has also affected the media industry, causing media houses to implement drastic measures, which have greatly affected journalists and the journalism profession in Solomon Islands.

“The Board knows the work conditions of journalists are neither lucrative nor attractive and that journalists work under immense pressure. The Media Awards are to recognize their work and the role they play especially in these trying times where the spread of information is amplified via social media and other digital platforms. This is an initiative which the MASI Board hopes will encourage and motivate journalists to also raise their standard of work”, the MASI President said.

She encourages editors, newsroom managers, journalists and media practitioners including videographers and broadcasters to send in their nominations, which will close on Friday 26 November 2021.

“An independent group of individuals will make up the judging panel”, Ms. Kekea said.

MASI is an advocate for professional journalism and believes the Media Awards is an incentive for journalists and media practitioners to aspire to become better in what they do. MASI recently distributed reporting guidelines to its members to ensure they continue to uphold the principles of journalism in their day-to-day work as part of its mission to ‘Strengthen the media industry’ in Solomon Islands.

The MASI Media Excellence Awards are on:

MASI would like to thank UNDP and other UN Agencies for their continuous support in recognizing the important role Media plays in society and for their support towards this cause.