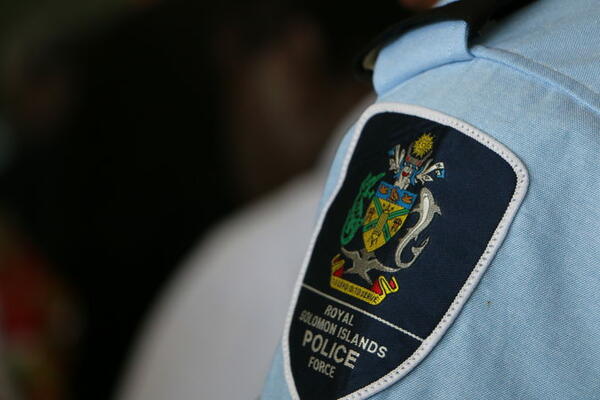 Police officers at Ringi and Poitete attended the scene with a doctor and confirmed that the body found was lifeless.
Source: RNZ
Share
Tuesday, 19 October 2021 14:02 PM

Officers of the Royal Solomon Islands police force (RSIP) at Gizo in Western Province are questioning two suspects in relation to a suspicious death of a 7-year-old girl who went missing on 14 October 2021.

Provincial Police Commander (PPC) Chief Superintendent Mathias Lenialu says, “On the initial report, the deceased told her elder siblings on their way home after school as they walked together that she was hungry so she started running ahead of them to quickly reach home.”

PPC Lenialu says, “She reached a sharp bend of the main road where her siblings were not able to see her. When her siblings arrived home they did not see her, that is when they alerted their parents, and the search began.”

Chief Superintendent Lenialu says, “A day passed with no sign of her till the next day on 16 October 2021 as the search continued they managed to find only her school bag containing her slippers and her school uniform hidden within the root of a tree.”

Mr Lenialu says, “Till mid-morning on 18 October 2021 the body of the deceased was discovered inside a creek and was in a state of decomposition but it is visible that her two arms were missing with a wound on her shoulder and bruises on her thighs.”

Police officers at Ringi and Poitete attended the scene with a doctor and confirmed that the body found was lifeless.

“My condolences to the family of the deceased for the loss of their little girl,” says PPC Lenialu.

Investigation into this matter continues to make sure responsible people face justice for their actions.

“Police urges parents to look out for your little ones and always take extra care especially for females who have seen to be the victim in such sad incidents. Children this age cannot fight for themselves and should be accompanied by adults,” PPC Lenialu emphasizes.